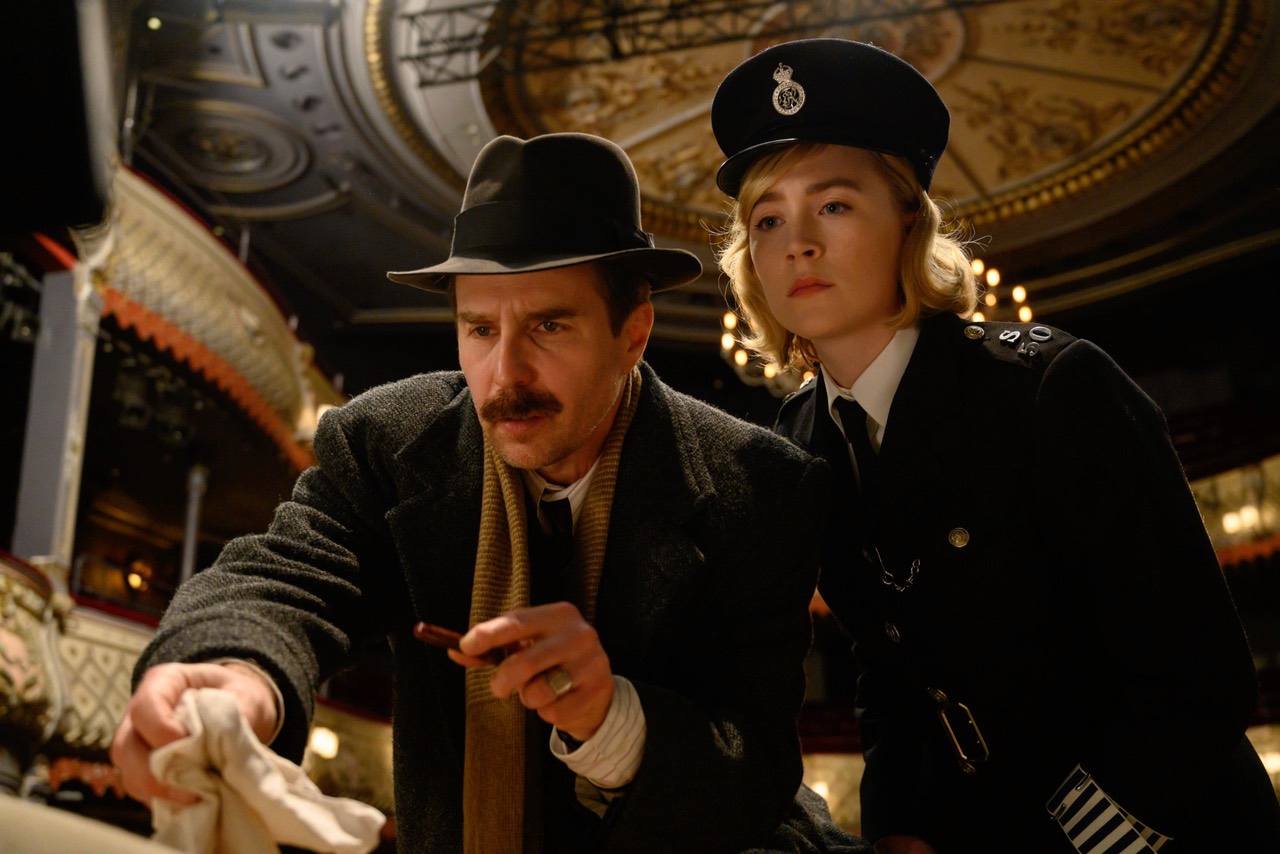 I am an unabashed Agatha Christie fan. I’ve read every Christie-penned Poirot novel. I’ve seen a live rendition of THE MOUSETRAP, albeit, not in London’s West End (although, not for want of trying). I’ve spent many hours watching adaptations of hers, partially because I’m simply fascinated with how folks adapt her works.

Folks nitpick her, saying she’s a sloppy storyteller, which due to possible Alzheimers, that’s fair concerning some of her later works, but when she was at the top of her game she was endlessly inventive, and constantly challenging herself and her readers.

I can’t say that SEE HOW THEY RUN is as ambitious as Christie’s best works, such as THE A.B.C. MURDERS or THE MURDER OF ROGER ACKROYD or AND THEN THERE WERE NONE. However, it is slightly more ambitious than the Christie work it’s riffing on, THE MOUSETRAP, which is a very thin, very perfunctory murder mystery radio play — originally named THREE BLIND MICE, as Christie loves utilizing nursery rhymes and schoolyard songs — that Christie adapted into a short story. It then became the longest running theatrical play in history; perfect for dinner theatre, but not much else.

Famously, Christie sold off the film rights with the caveat that production could start shortly after the West End play closed. It’s still playing there to this day.

Instead of creating an adaptation of THE MOUSETRAP, SEE HOW THEY RUN is a meta-version of THE MOUSETRAP, where the murder mystery takes place during a production of THE MOUSETRAP. Not the cleverest conceit, but it’s serviceable enough to bring in a game — albeit underutilized — cast, which includes short-lived Adrian Brody, Sam Rockwell as the inspector, and the highlight of the film, Saoirse Ronan as the delightfully winsome Constable Stalker.

That said, SEE HOW THEY RUN also has some stellar production design and camera work, and comes together far better than, say, Branagh’s tragedy of DEATH ON THE NILE, although it is a bit too tidy.

I can’t say this film will please everyone, but if you’re into Christie, it fits the playbill.