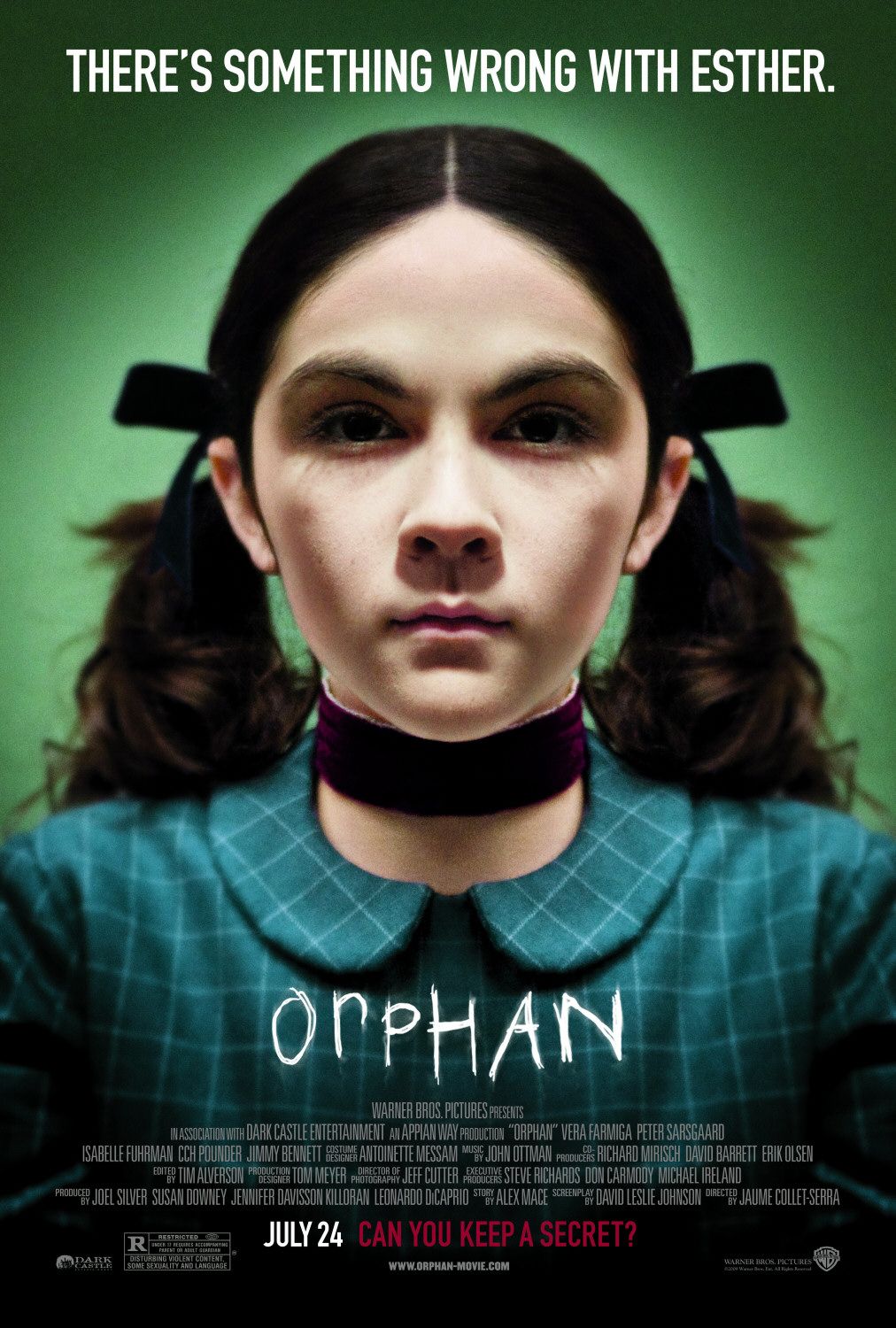 (VOD) There’s been renewed interest in ORPHAN primarily because of the recent release of a prequel to the original featuring Isabelle Fuhrman — the lead child actor of the 2009 film — returning to play an even younger Ester. ORPHAN: FIRST KILL is a bonkers conceit that reportedly pays off handsomely, although I have yet to see it. (I imagine it won’t be too long before I pen some accolades regarding it on these digital pages, though.)

For now, however, I’m here to extoll the first film. ORPHAN, from director Jaume Collet-Serra (BLACK ADAM, THE SHALLOWS) and writer David Leslie Johnson-McGoldrick (AQUAMAN, THE CONJURING: THE DEVIL MADE ME DO IT) flew under my radar as it was released around the time of a fair number of middling domestic horror thrillers and I felt had more pressing works to watch. Sadly, my intuition there was misguided, as it’s an economical, inventive take on the ‘monster child’ trope.

The premise reads relatively simply: a middle-aged couple, wife Kate (Vera Farmiga) and husband John (Peter Sarsgaard) were expecting a third child to accompany their adolescent son Daniel (Jimmy Bennett) and young, deaf daughter Max (Aryana Engineer), but there was a problem with the pregnancy, then Kate started drinking, then they almost lost Max when Kate was drunk and didn’t notice Max was drowning in the creek by their house. She then lost her teaching job at Yale, got sober, and they decided to adopt instead. They immediately become enamored with the hyper-articulate nine-year-old Ester (Isabelle Fuhrman) and take her into their home, and matters escalate from there.

To say more could ruin matters, although due to the recent prequel release, I already knew the twists going into it and it didn’t spoil the experience. Fuhrman is absolutely brilliant as Ester — it’s a shockingly nuanced performance from a 12-year-old, especially for a genre flick — but Farmiga also commands your attention as the stock ‘woman no one believes’. There’s also under-utilized character actors CCH Pounder and Margo Martindale, subtle soundtrack work, surprising attention paid to background window tableaus, as well as nuanced camerawork making the most of the architecture of their home.

While it’s meant to be a slow burn, it could have been at least 15-20 minutes shorter, but it never sags. This film doesn’t pull its punches and, even if you do know the beats, you desperately want to see how they handle them.

Again, while there’s a trailer below, it gives away some of the best set-pieces so perhaps stay away if you are interested in going in blind.