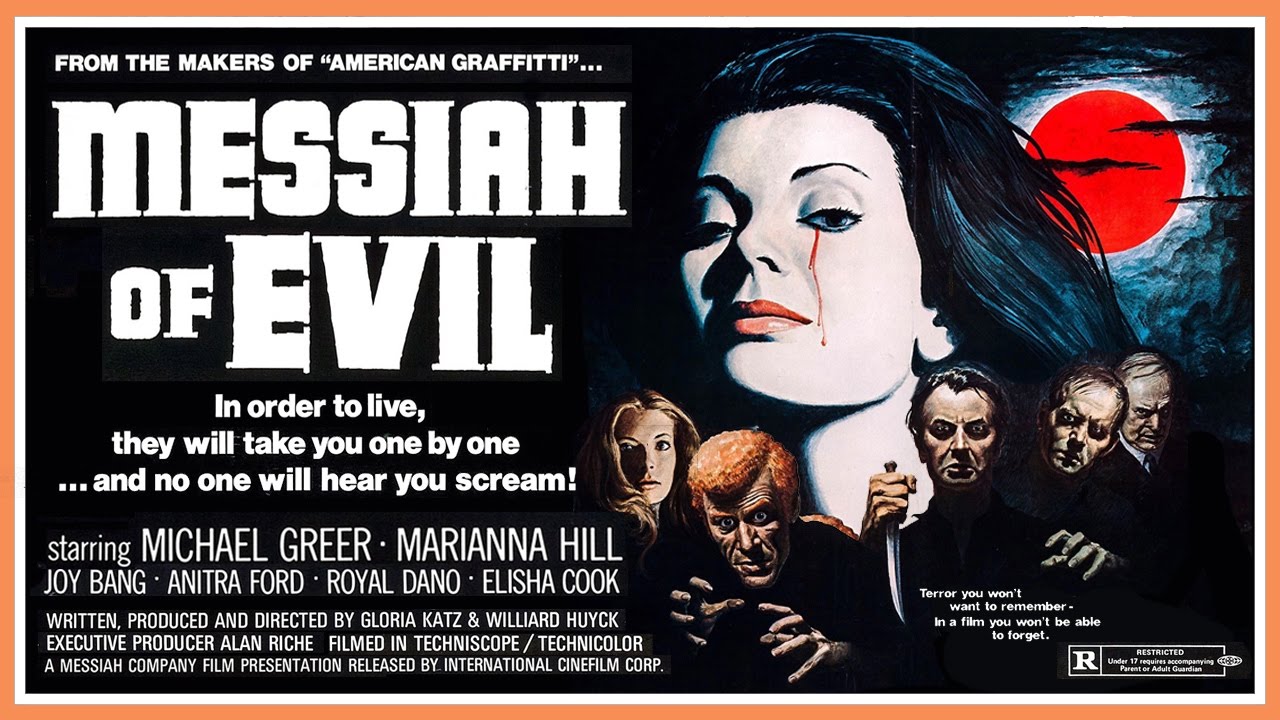 (epix/Prime/Shudder) MESSIAH OF EVIL was the first film from power-couple Willard Huyck and Gloria Katz, who went on to pen AMERICAN GRAFFITI and INDIANA JONES AND THE TEMPLE OF DOOM (and HOWARD THE DUCK, which almost certainly killed their Hollywood careers), but you wouldn’t quite know it from the ramshackle structure of the film.

MESSIAH OF EVIL feels like a very padded CARNIVAL OF SOULS by way of George Romero; it almost feels like outsider art at times. It’s barely cohesive, it’s clearly borrowing from Italian giallo films — to the point where I was shocked to see an Los Angeles-based Ralph’s appear — but I found it to be a fascinating work, partially due to its use of Godard-ian pop art, splashes of paint, and flashy production design. It’s not a great film, but it’s an extraordinarily striking horror film, and that’s enough for me in October.