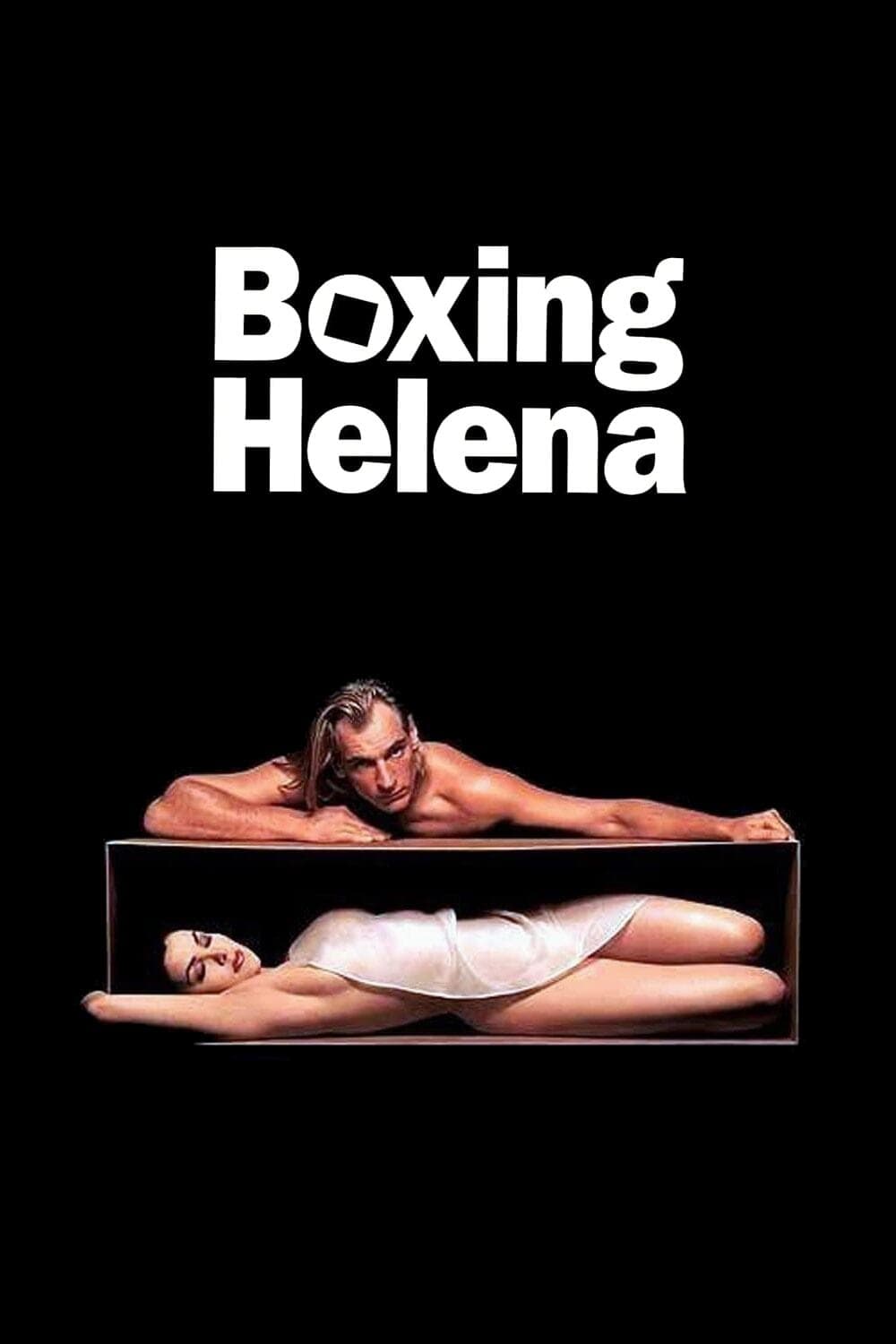 (DVD) I had the following (slightly paraphrased) discussion with my wife the day after a triple feature of Sherilyn Fenn films at Chicago’s Music Box Theatre:

Me: “Oh, and I caught [Jennifer Lynch’s] BOXING HELENA, a mostly unseen NC-17 cut, which I can’t reliably compare to the original because I haven’t seen it since I was a sophomore in college.”

Her: “Really? I thought you’d seen it several times over, because you talk about it a lot.”

I repeatedly discuss and write a lot about a lot of cult films, obviously, hence this site. Didn’t think that was the case with BOXING HELENA, an extraordinarily controversial and unpopular film from Jennifer Lynch (yes, the daughter of David Lynch) that has never received any sort of resurgence of interest, but apparently pulled a pin in me some time ago.

I first saw it on VHS, on a tiny TV in my college dorm room, and was blown away. I hadn’t paid any attention to the production issues of Kim Basinger taking herself out of the picture (https://ew.com/article/1993/04/09/boxing-helenas-controversies/), but I vaguely recall folks protesting the film because of the depiction of men’s violence against women.

Ah, yes, the 90s, when folks got upset about women telling meaningful tales about women being abused. The New York Times review explicitly said: “If Jennifer Lynch wants a real challenge in life, she should try to make a movie with a positive, feminist theme. Now, there’s an unconventional movie.”

Nick orchestrates a major party, invites Helena, who has already decided to ditch her current dirtbag (a very shaggy, shitheel, rock-and-roller Bill Paxton) and take a solo trip to Mexico — booking the trip in Spanish — but decides to swing by Nick’s party the night prior.

At said party, she consistently shrugs off Nick’s advances, shoving all sorts of personal items — including her purse — into his hands for him to babysit, then Helena knowingly takes one of Nick’s younger fellow doctors, strips to a slip, and enthralls herself in Nick’s opulent water fountain. After toweling off, she then takes Nick’s co-worker by his arm and leads him out the front door, looking over her shoulder as he meekly stares at her; it’s a very obvious ‘fuck you’ to Nick, practically shouting: “This is what happens when you endlessly pursue what I will no longer allow you to have.”

Unfortunately, Helena finds herself at the airport sans her purse. She rings Nick and demands that he drive to the airport and return it, which he does, but is severely late in doing so. She checks the contents and finds her address book missing. Nick convinces her to head back to his house so he can find it, and she has no choice but to comply. Upon arrival, Nick has laid out an elaborate lunch, pours her a drink, then after Helena’s increased anger, he unveils the address book as one would unveil a prized meal. She grabs the book, storms out of the house and, while backing away from him while berating him, she’s brutally struck down by a reckless driver, who then subsequently drives over her legs.

Next we see Helena in a guest bed of Nick’s, legless. It all goes downhill from there.

As I’m an able male, I don’t have the background to discuss many of the particulars. However, it is a striking and singular work about want and forced complicity at any cost.

The end, unfortunately, is a bit of a dodge, but given where the film goes, how far it dives, I can’t blame Jennifer Lynch for taking that approach.