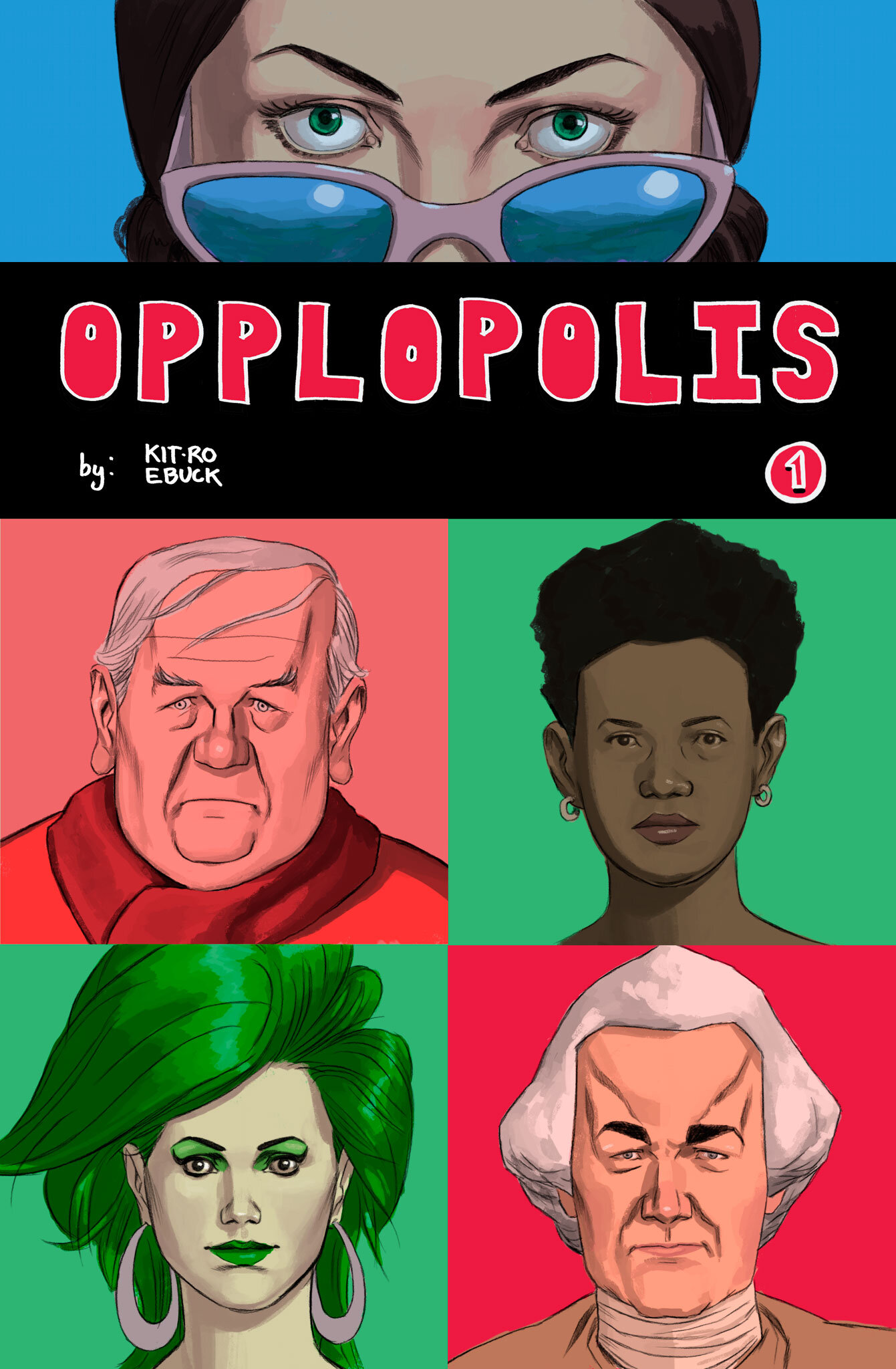 OPPLOPOLIS comes from the mind of Kit Roebuck and his brother Alec. If you were around in the nascent days of web comics, you may be familiar with Roebuck’s 2003 webcomic NINE PLANETS WITHOUT INTELLIGENT LIFE, an existential and experimental series of online comics, often utilizing the web browser as an infinite canvas.

OPPLOPOLIS premiered in 2012 and, as Roebuck notes it’s vastly different experience. While it’s still heady, it’s far more propulsive; a sort of ‘tomorrow paranoid thriller’. I remember finding it quite enthralling as each issue dripped out, but to my dismay, it rather abruptly ceased in 2015.

However, Roebuck opted to bring it back, presumably because he saw UNDER THE SILVER LAKE and said to himself: ‘Hey, I was doing this years ago and my take was far more interesting!’ and if that’s what he thought, I would certainly agree. It’s surreal while still feeling grounded; romantic without feeling pandering.

Also, let it be said that Kit’s command of figure work — while always great — has vastly increased over the years. You can practically feel the heft of the character actions as they poke and prod over the panels.

It’s a fascinating work, one that is absolutely free to you to click through, but one that I hope will fully find its way to print some day.