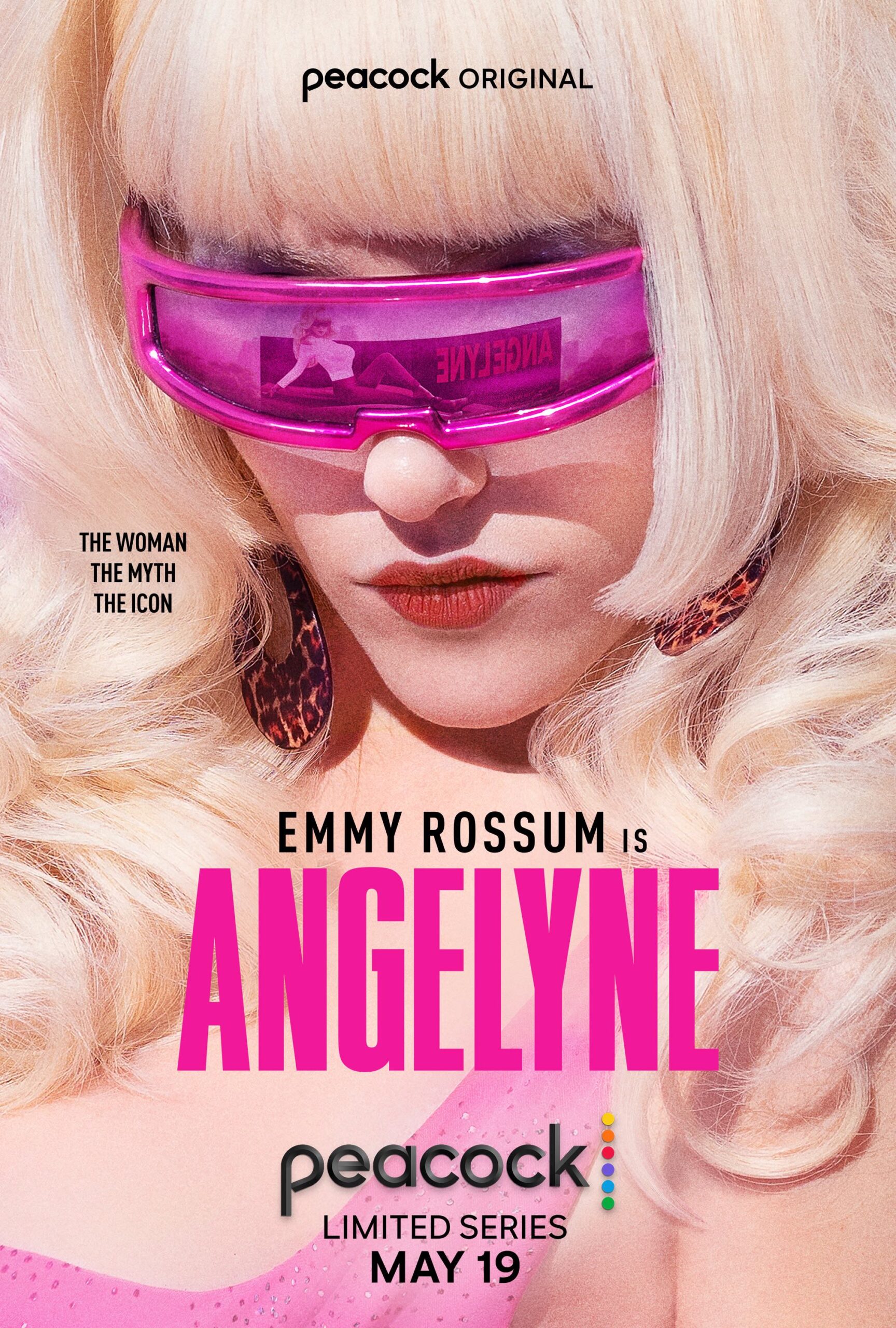 (peacock) When I first heard that there was a TV mini-series about ‘Angelyne’, a singular blonde Los Angeles personality known almost solely for featuring herself on an array of billboards around Hollywood, featuring SHAMELESS’ Emmy Rossum as the titular character who doesn’t remotely resemble her, I couldn’t help but murmur a lackluster ‘huh.’

If you’re of a certain age, and a specific type of film nerd, you’re vaguely familiar with the image of Angelyne. Neon pink modern sweater L.A. woman. That’s all you saw on the billboards, that’s all you were sold, and that’s all she apparently wanted you to know. It was quintessential L.A.; she even became used as a sort of shorthand: all surface, no substance.

Angelyne, during the show, repeats to herself: “I am not a woman. I am an icon.”

Obviously, Angelyne is cribbing from the career path of Marilyn Monroe — often learning the wrong lessons — but finding herself in a different era, and adapting herself to fit it. Similarly, ANGELYNE does the same.

ANGELYNE is a bit of a mess, by intent, which is what makes it interesting, and the only way you could tell this story. It’s littered with unreliable narrators and collisional character tales.

There’s an extended conversation in the first episode that sets the stage for what will become ANGELYNE, a literal combination of Joan Didion and Barbie, where she muses to this band leader who is infatuated with her about her need for a car to be able to escape situations:

“A car is supposed to be an extension of you; your being. I want something fast! So I can get away if I have to. […] I have to know I can escape.”

She then dovetails into a discussion about her idolatry regarding the Barbie doll:

“You’re already blonde and beautiful,” the band leader — who would become greatly entangled in her life — interjects.

“Oh, she’s so much more than that! She lives a painless existence. You can stick her with things and she won’t cry; she doesn’t hurt! Wouldn’t that be nice, to never hurt?”

Obviously, there’s a lot of backstory to Angelyne, which is the tease of the show — an L.A. journalist named Jeff investigates her and writes a safe expose about her — but that’s really not the point of the show. This is about a woman trying to create her own narrative in the way that she’s seen men pen their narratives about women. She’s the one in control.

It’s a fascinating mini-series that I’m still flabbergasted was greenlit, but well-worth your time.