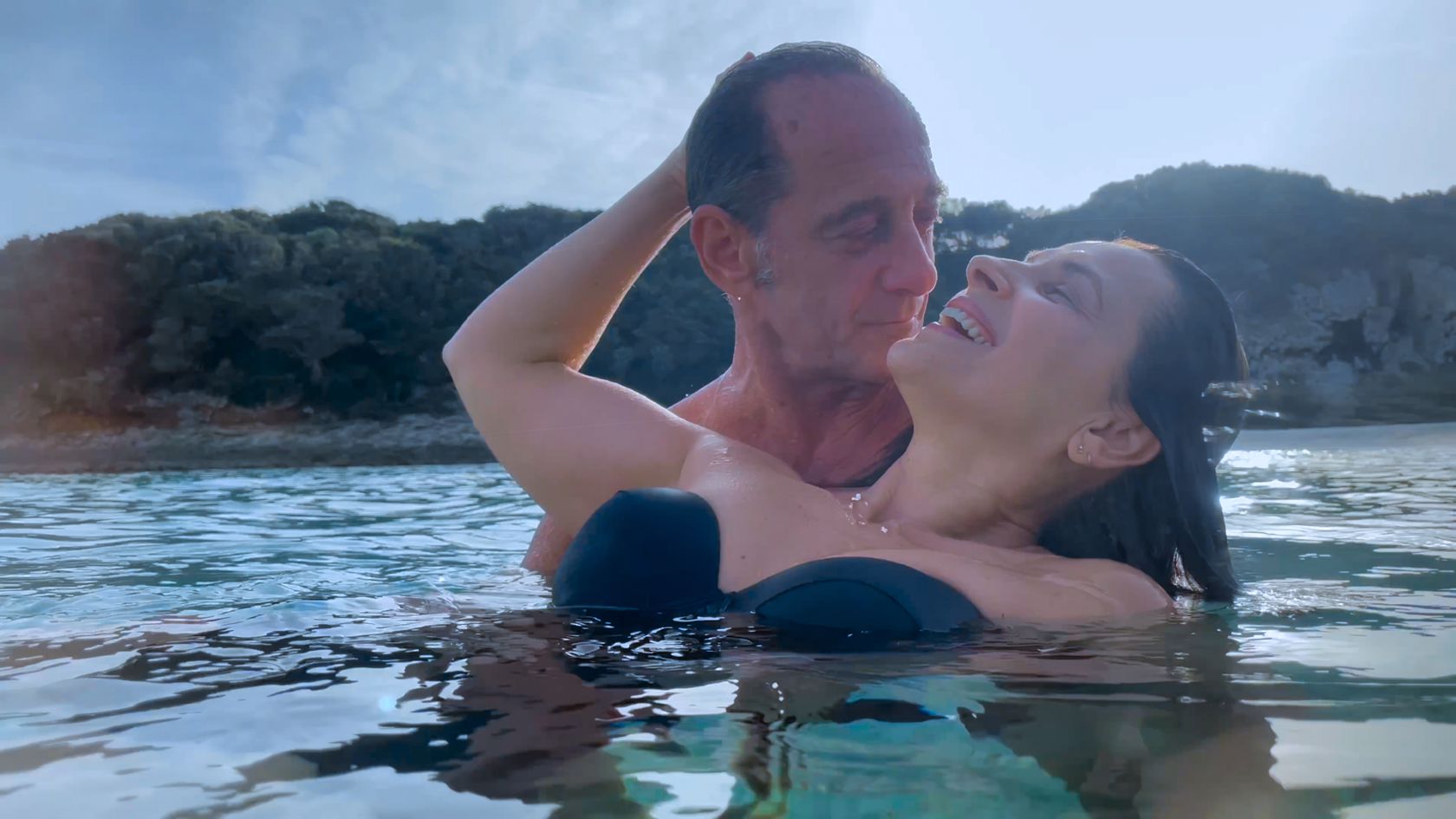 Director Claire Denis routinely traffics in works about perceived emotional dishonesty and duplicity, and her BOTH SIDES OF THE BLADE definitely delivers.

They return to Sara’s tiny, artistically-adorned, open-concept flat in Paris, the camera barely able to contain the two of them.

Post-vacation, Sara trundles off to work as a radio interviewer, mask over her face, as this is a film that’s firmly placed during the pandemic. Right before she’s about to be temperature-tested, she catches a glimpse of François, a younger lover of hers, who has kickstarted a motorcycle with an even younger woman.

Later, we discover that Jean is a single dad, an ex-rugby player, someone who used to run jobs for François, and that one of François’s parties was what brought Sara and Jean together. We also learn that Jean eventually served some jail-time — it’s insinuated that he took the fall for François — but after Jean’s release, the two are still eager to work together again, and they start scouting for potential professional rugby players.

BLADE is the first dramatic film I’ve felt that properly captures, and capitalizes, on COVID. All of the major characters practice precautions in a very blasé way; there’s one moment where Jean apologizes to his mother — who is overseeing his son — for not giving her a hello kiss, as he wasn’t masked properly on the three-hour ride to her estate. Sara ventures into a crowded unmasked party, only to run from it shortly after. However, COVID itself is never named; it becomes background noise, an undercurrent that exacerbates the emotional tension.

Despite the intimate camera, despite the terse words and enclosed spaces, the specifics of these relationships are all vagaries. It’s a film that teases, that baits-and-switches, roping you in with the potential of mob-intrigue and sexual dalliances and the washed-out neons of the city, and while those components are there, BLADE is more about the interior lives and desires and pasts of the characters than audacious actions, leading to a more enigmatic but far more engrossing relationship tale.