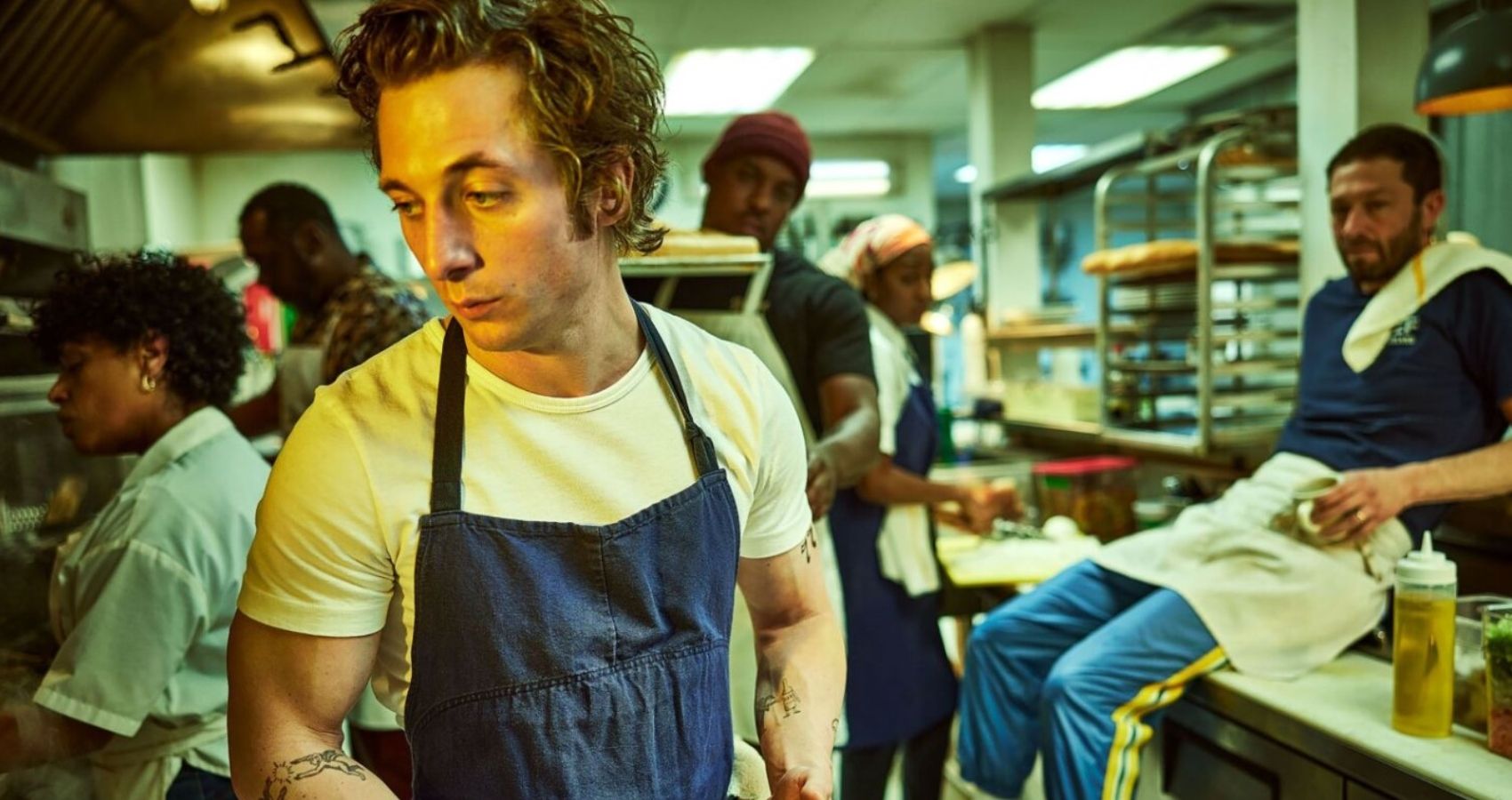 (Hulu/FX) I have a few issues with the first season of THE BEAR — mostly typical first season problems regarding tone and clumsy character dynamics — but you should watch it if you’re into claustrophobic, high-strung, hyper-local character dramas, especially if you’re a Chicagoan who seeks out restaurants or have worked in restaurants.

Also, I was relieved to see that it skews closer to half-hour eps for its eight ep run. (That said, wouldn’t be surprised if the runtimes ballooned in the second season.)

One notable facet is its use of lighting and set decoration as a cleansing arc throughout the season. THE ORIGINAL BEEF space goes from looking like mud to gleaming like a private hospital, and watch for how light increasingly floods the space, beaming around the characters.

Also noteworthy is that it’s one of the few works out there which starts out with a dude being traumatized in many ways, he tries to be better, realizes he’s still not great at it, but learns how to reach out. He’s willing to learn, and willing to change, in a city that is often resistant to change.

In other words, S2 could be great. “What do you call it?”