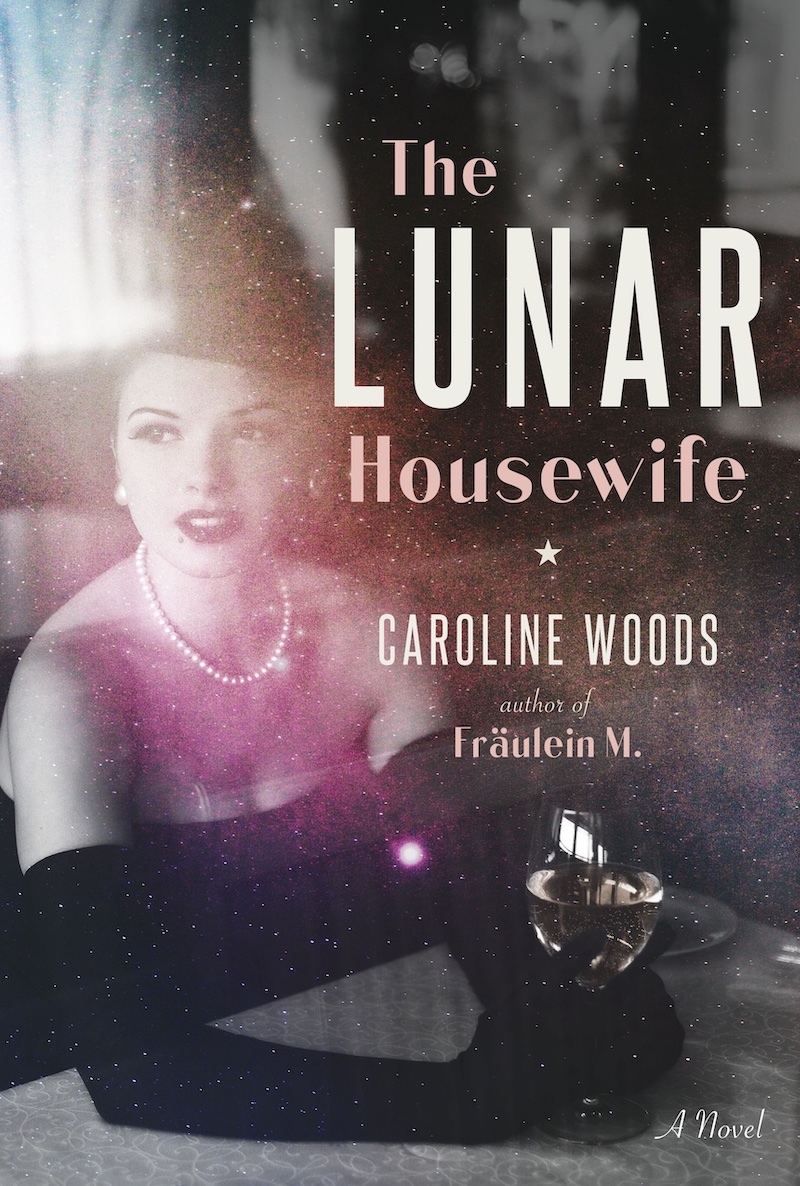 Few novels can evoke the feeling of a Kurt Vonnegut work, of leaning on the crafting of an internal sci-fi novel, one that speaks just as much as the text it’s buried in, but Caroline Woods’s THE LUNAR HOUSEWIFE manages it.

Louise Leithouser inhabits 1953 New York City as a romance writer who pens articles for her boyfriend Joe’s upstart culture magazine DOWNTOWN under the name of ‘Alfred King’. She met Joe while waitressing an industry party, and passed herself off as someone with a higher station in life than in reality and, while she’s still insecure about her lower-class background, she’s slowly adjusting to being part of the upper-crust party, instead of being party to hand out hors d’oeuvres.

As Louise spends more time with Joe and Harry, the other half of DOWNTOWN magazine, her suspicions are raised as she overhears murmurs of fear and paranoia from the two of them. By the time she’s assigned an interview with Papa himself — Ernest Hemingway — she’s fraught with anxiety, which he stokes with off-the-cuff remarks about government surveillance and the like.

To process her suspicions, Louise writes her life into the star-crossed romance novel she’s always wanted to pen: THE LUNAR HOUSEWIFE, which focuses on a fuckup of a single American woman who defected to the Soviets in hopes of feeling useful again, who is then shot into space to be a ‘housewife’ to a single man while the two of them inhabit a pod on the moon.

Woods’s interweaving of second-halves, literary aspirations and influences, along with the singular thorough-line of cold war insecurities, sets the stage for Kilgore Trout-ish digressions, which are a fine second-side to the same coin; Woods leans on romantic fiction tropes instead of Trout’s action and wartime scenarios to spread her, and Louise’s, deeper messages.

While THE LUNAR HOUSEWIFE isn’t as intricately wound as one might like from a thriller, it trades the intrigue for ruminating on a more realistic portrayal of the end-result of confronting others with your paranoid instincts. This is a singular tale of a woman with artistic and autonomous aspirations, of a woman who, in her own words, learns that “the government lies to you. Men lie to you.” and is constantly endeavoring to keep herself open, while protecting herself.