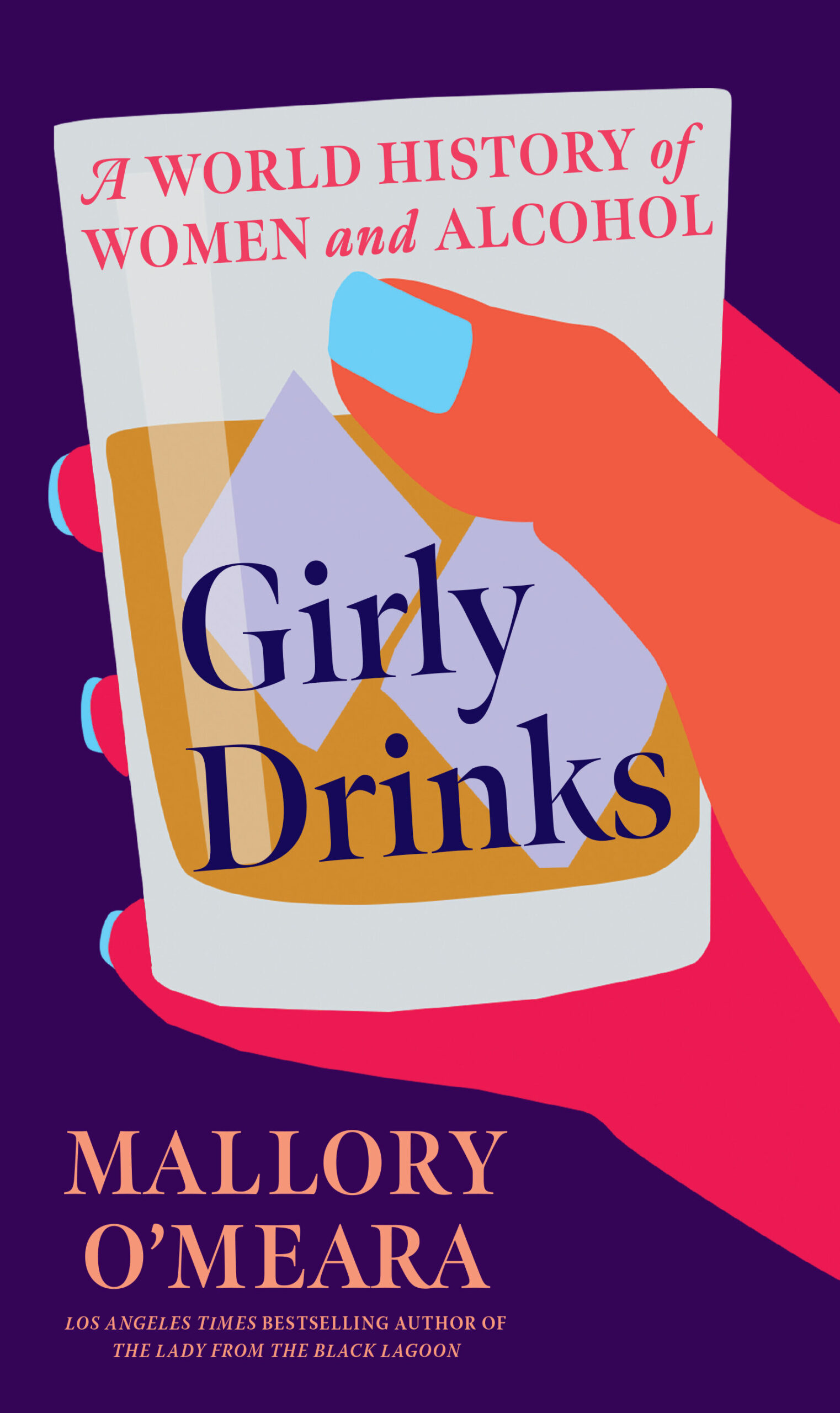 At first blush, you might think that Mallory O’Mera’s GIRLY DRINKS: A WORLD HISTORY OF WOMEN AND ALCOHOL is simply a compendium of influential women brewers and distillers throughout the ages, women whose names aren’t as part of the public consciousness as say, your Sam Addams or Jim Beams.

While GIRLY DRINKS does spend a significant amount of time shining the limelight on numerous women who aren’t as well-known, women like Isabelle Beaton — author of Mrs. Beeton’s Book of Household Management, a watershed book that was one of the first to detail cocktail recipies) — and Joy Spence, a master blender widely recognized as the ‘Queen of Rum’, O’Mera (who previously wrote the illuminating biography of Milicent Patrick, THE LADY FROM THE BLACK LAGOON) has higher aspirations with her singular look at women’s involvement with all facets of alcohol and spirits.

GIRLY DRINKS examines thousands of years of alcohol, from the discovery of fermentation and hunter/gatherer-friendly high-calorie liquids, to Mesopotamian priestesses brewing beer, a side trip through the middle ages and Li Qingzhao who brazenly wrote about sex and inebriation, to the tectonic shift in post-WWII alcohol culture, nicely encapsulated by Sunny Sund who turned Trader Vics from a hole-in-the-wall to one of the most influential booze-based franchises, then capped off with the recent South African brewing revolution helmed by Apiwe Nxusani-Mawela.

The sheer breadth and detail of the history of alcohol that O’Mera covers is extraordinarily valuable, but she also clearly and breezily delves into the particulars of the cultivation and business of how booze is gendered, which predictable is often the byproduct of cultural constructs.

As if all of that wasn’t enough, GIRLY DRINKS also uses the history of women and alcohol to scrutinize power and gender dynamics, how history repeats itself, while also extolling the progress that has been made and also looking forward to what hopefully will be a brighter, more inclusive, more diverse future.

GIRLY DRINKS is not just an informative look at important boozy women in history, but an instructional cautionary tale. It’s a bold, insightful, fascinating text, one that merits your interest even if you’re a teetotaler.

Or you can order it directly via Bookshop!