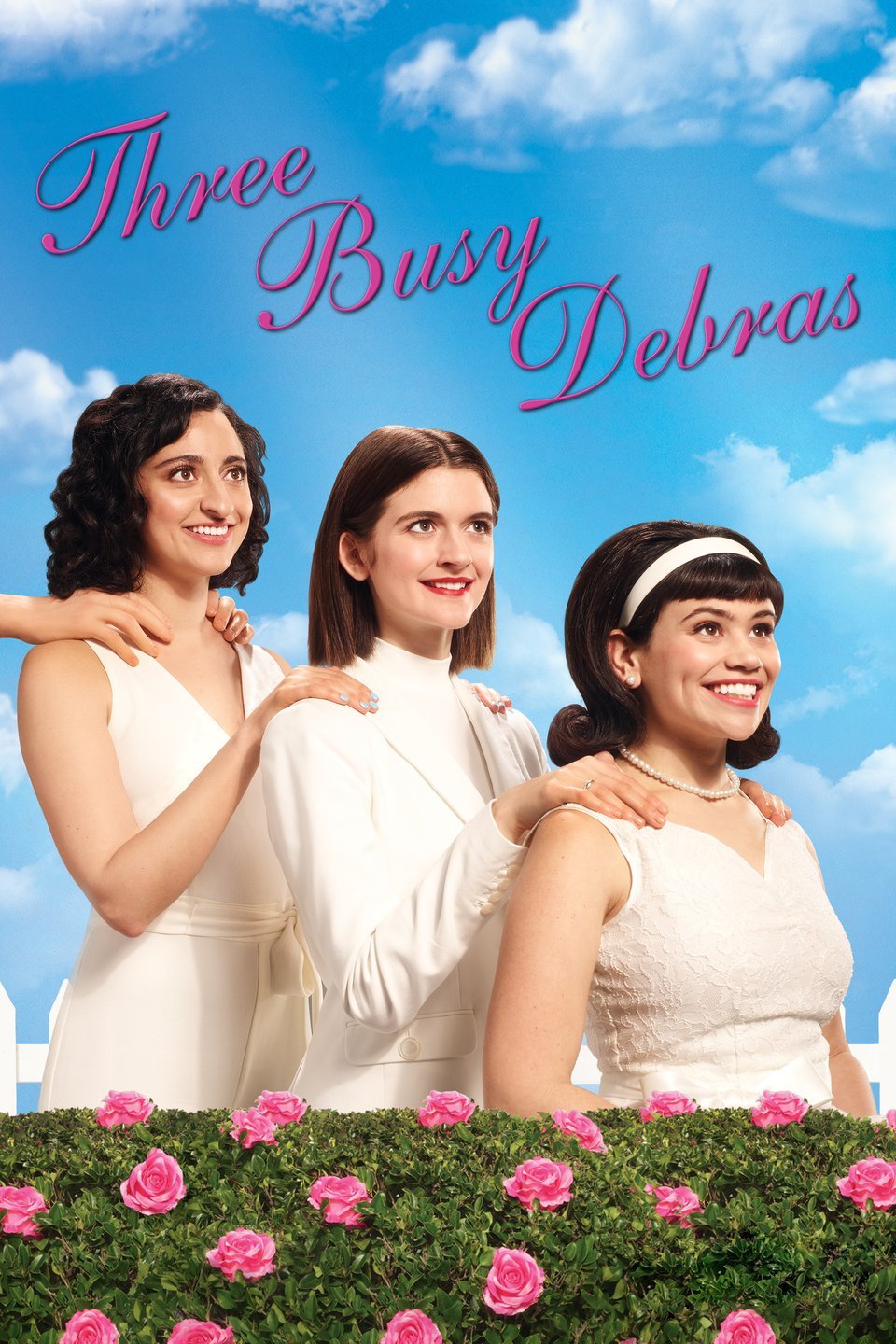 (adult swim/HBO MAX/VOD) Three housewives, each named Debra, get together for brunch and occasionally other activities in their vibrant suburban town of Lemoncurd. When together, they’re often passively-aggressively acting out against each other, indulging themselves in hedonistic activities, or partaking of bursts of violence, all while often adorned in white clothing and surrounded by similarly stark interior design.

These are the antics of adult swim‘s- THREE BUSY DEBRAS, aired in a half-hour block featuring two ten minute tales to bewilder and amuse. While THREE BUSY DEBRAS, the vision of Sandy Honig, Mitra Jouhari and Alyssa Stonoha, clearly comes from their improvisational roots, it feels like it has a self-imposed set of absurdist rules that gives the show a more mythic air.

Its reliance on often immature behavior, neediness, and willful oblivion to the wants of the more grounded folks around them reminds me of the extraordinarily silly character comedy STELLA, although unlike STELLA — which was delightfully nihilistic with its messaging — THREE BUSY DEBRAS is often unabashedly feminist, albeit often rendered through a very skewed sense of humor. For example, one episode in the second, current season, details several stories of Lemoncurd women in history, including the advent of ‘smoky eye’ when a woman in ‘one billion BCE’ (Before the Curded Era) garners two black eyes when she trips and falls face-first on a stone-built fire. The second tale in that episode celebrates Susan B. Shoppin’, who ‘bravely’ fought for the right of the women of Lemoncurd to be refused the right to vote.

The second season of THREE BUSY DEBRAS concludes this Sunday (May 22nd) at 10pm EST on adult swim/Cartoon Network, just enough time to catch up from beginning. However, if you’re pressed for time, I suggest jumping into the second season, as it feels sharper and wilder and well-honed. Or you can just watch at your leisure via HBO MAX, whichever suits your needs.