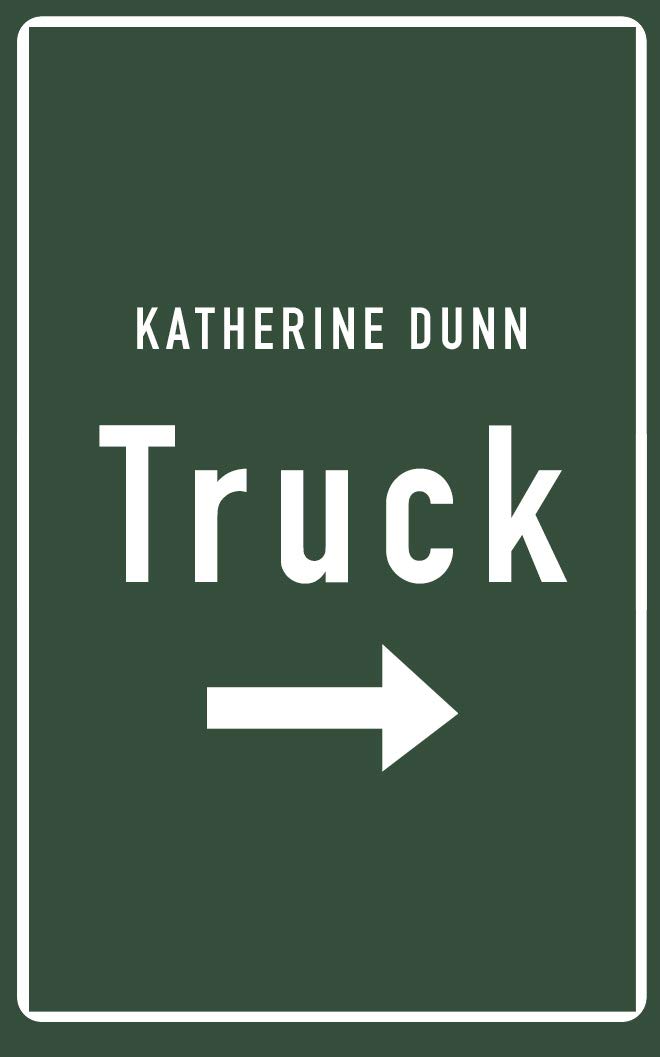 Katherine Dunn is best know for her exceptional misfit novel GEEK LOVE or, if you’re a fan of the sweet science, you may be familiar with her boxing observations such as ONE RING CIRCUS. However, well before she was writing about pugilists or carny folks, she penned two novels that focused on outsiders living in their head: ATTIC (1970) and, this recommendation, TRUCK (1971).

That both ATTIC and TRUCK were penned well over fifteen years prior to GEEK LOVE might explain why both of them are relatively unknown, even to fans of Dunn, but they’re no less gripping. However, as you might expect given the years that passed between them and GEEK LOVE, stylistically they are radically different, opting for more of a stream-of-consciousness tact that can occasionally feel like Dunn is being deliberately opaque, but this approach works to properly convey the protagonist’s mindset.

The premise of TRUCK is rather simple: Dutch (legally known as Jean Gillis) is an adolescent girl kicking against the confines of her small town, school and her well-meaning family, when she starts hanging out with high school senior Heydorf, a distant-but-philosophizing sort who plans to head to Los Angeles and commit small crimes. He encourages Dutch to meet him out there, and she embarks on a winding bus trip from Oregon to Los Angeles to leave her old life behind.

TRUCK excels at channeling Dutch’s scattershot, wide-eyed and trepidatious point-of-view. Her internal monologues often feel frantic, fragmented, scattered and difficult to follow, but they never feel anything less than authentic.

Dutch’s bus trip is especially striking. Dunn perfectly encapsulates the wide variety of emotions of a youth taking an extended, unsanctioned solo bus trip, ranging from fear of being found out as the bus pulls out of the station, to the wonder and relief of being on the road, to the awkward displeasure of dealing with nearby drunk companions and their life stories. Dutch’s running thoughts tonally shift throughout the twenty-pages, reflecting her ways of mentally coping as she drifts farther from home, coming to terms with the reality of shaping a new life in a strange land.

TRUCK is a remarkable portrait of a singular transitory time in a youth’s life, one of heightened intensity where aspiration, disillusion, anticipation, dissolution, spiritual questioning and fulfillment and even more, deluge one’s self, leaving one fundamentally changed and bracing for the world in front of them.