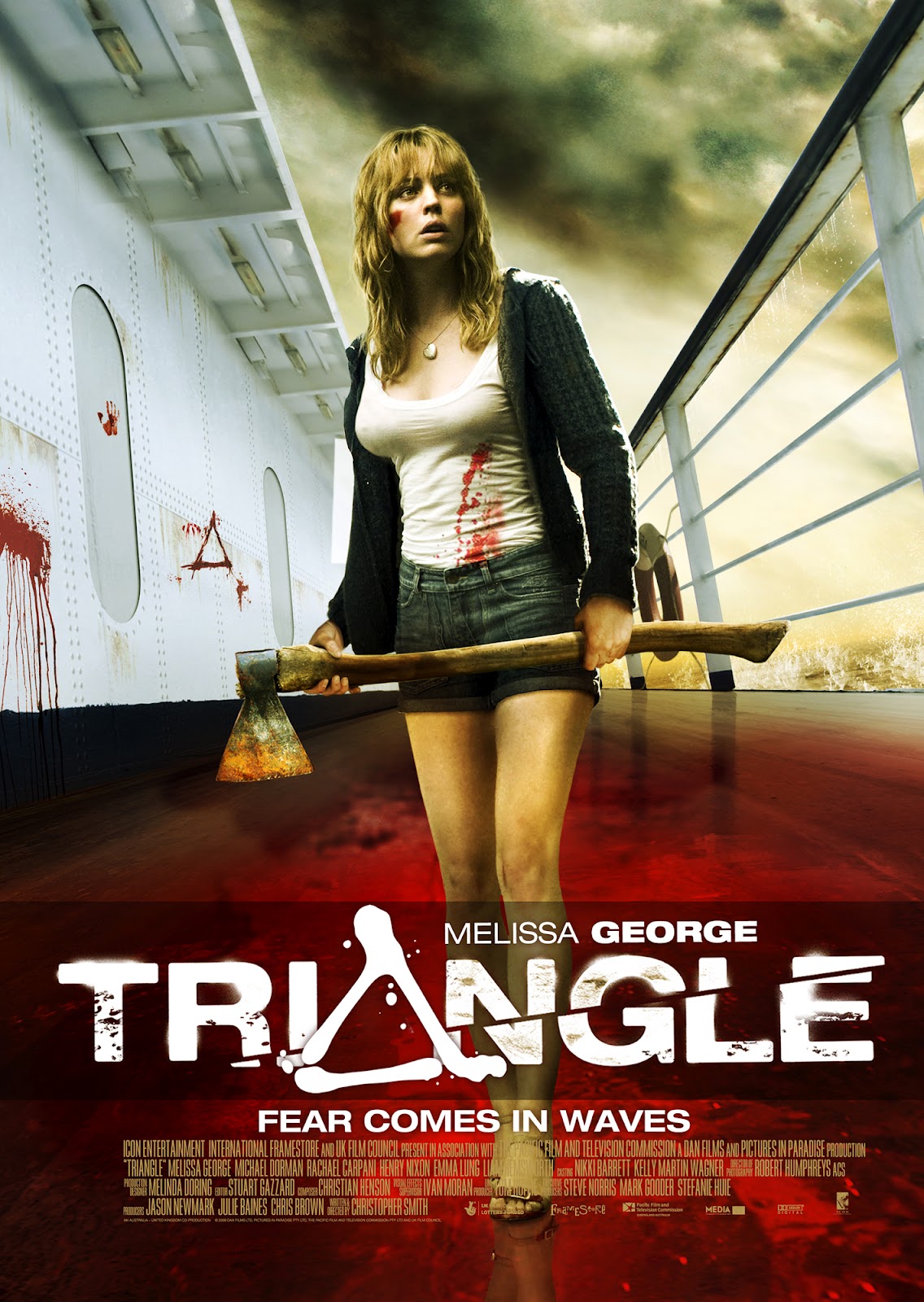 (AMC+/hoopla/kanopy/peacock/tubi/etc.) TRIANGLE is a sort of THE PHILADELPHIA EXPERIMENT meets TIMECRIMES horror-thriller that’s tautly and expertly woven by SEVERANCE (2006) writer/director Christopher Smith. It features Melissa George (best known by me via her time on ALIAS but she was also a lead in 30 DAYS OF NIGHT), and really, that’s all you need to know.

(Hulu/VOD) I had very low expectations for a TV adaptation of 12 MONKEYS. I simply didn’t think the film’s inevitability and nihilism lent itself to serialized storytelling. I’m happy to admit that I was wrong.

12 MONKEYS is — by far — one of the most audacious and human time travel TV shows to make it to air and, despite the fact that I re-watched it during the pandemic, the hurt and twinges I felt while re-watching weren’t because of a portrayal of plague death, but because the ensemble were literally breaking the laws of time and space to rectify these deaths, whereas far too many people in real life right now aren’t fucking willing to wear a mask to save themselves and others.

That said, the plague is only a small part of this show; it’s used as a springboard towards some of the most high-concept plotting I’ve ever seen in a TV series. (Yes, I watched and loved FRINGE.) Where the characters are and what they’re trying to do in the first season is so far removed by the end of season four that it’s astounding, but it still works!

While the show is so high-concept, and so inventive, what really makes it work are the women. The men are mostly soldiers, grunts — disposable — although they all have their own quirks, emotions, and interesting character arcs, the women are the ones that propel the series:

The show gender-swaps Brad Pitt’s Jeffrey Goines to Emily Hampshire’s Jennifer Goines, which was a stroke of brilliance. It ramps up the pop culture riffs while giving her an autonomy and agency all her own. (She also gets some of the best set-pieces, and the writers clearly love writing her, sometimes a little too much.) Time scientist Katarina Jones is my favorite character: so driven, but so aware that she’s toeing an exceedingly dangerous line, while still trying to be mindful of her own humanity and what’s at stake and -juggling causality-. With apologies to Tracy Kidder, she’s the show’s soul of a new machine. Cassandra Railly hews close to Madeline Stowe’s character from Gilliam’s film in the first season, but becomes something radically different after, and someone far more interesting.

Better yet, just about every episode in the four seasons is satisfying — there’s not a single episode in the bunch where you feel the characters acted in a way that betrayed themselves, or that there was some sloppy plotting just to find some feel-good closure — and the show sticks the landing in ways you wouldn’t believe. And the lighting! In these days of under-lit, over-dramatic works like OZARK, it’s refreshing to see a show that leans into bright bursts of light, a show that pays attention to hues, that tints appropriately instead of painting everything in shapeless grays.

Most importantly, the show has a command over tone that comes along so rarely: it’s propulsive and smart, but it’s also poignant and — perhaps most importantly — surprisingly funny. The characters quip and throw barbs at each other like family, but you’re familiar enough with ‘em to get the inside jokes and swatches of character building they provide. For a show about the end times, you’ll find yourself laughing far more than you’d expect.

Ultimately, 12 MONKEYS is so satisfying is because it reckons with the fact that it -is- a serialized show, and that their time machine — simply because of the nature of TV -and- because they created a fucking time machine — can never bestow a proper ending for these characters. There can never be catharsis, and they use that self-awareness as a prop to the utmost effect. Everyone believes their mistakes and missteps are reversible, but causality/narrative gets in the way. The stakes escalate, rippling into more mistakes, more grief, which results in more attempts to rectify human missteps. (The show quickly shakes up its endgame to address this, but to reveal how would be cruel.) It’s brilliantly and profoundly tragic in a way I’ve rarely seen in a sci-fi show, which is what makes it so special, and so worth your time.

One caveat: sadly that I need to mention that the show’s pretty myopic when it comes to representation. The few times you do see anyone that isn’t white, they’re part of a ramshackle tribe, a servant, or a prop.

A fortunate thing about 12 Monkeys is: you can watch any clip and still have no idea when/where it happened, so spoilers don’t exist! (That said, watching these will detract from the surprise from encountering them in the show, but if you’re on the fence about the show, they may convince you that it’s something special. That said, they’re mostly Jennifer clips, because she’s so entertainingly erratic, even out-of-context.)

Admittedly, this traffics in a fair amount of fan-service, but in-context it’s not as bad as it looks.

Jennifer in the bunker:

Many Endings. It was… is… a Love Story. (Spoilers for the entire series/ibid):