(Criterion/Kanopy/VOD/Vudu/YouTube)? Robert Downey, Sr. passed away this week at the age of 85. While his son is mostly known for more accessible fare, Downey Sr. was an anarchic indie filmmaker, and there’s no better example of his cinematic skills than PUTNEY SWOPE.

PUTNEY SWOPE is a nihilistic indictment of Madison Avenue, American capitalism and everything it’s created (including filmmaking and anti-American capitalist revolutionaries), while also being damn funny and inventively shot. The faux-commercials it features are perhaps only rivaled by ROBOCOP (1987) or the best of Adult Swim. For instance:

I need to note that this is an incredibly insensitive film in ways I haven’t quite managed to personally reconcile — after all, it’s a film written and directed by a middle-aged white man about a Black man breaking the system — but it is also endlessly fascinating. 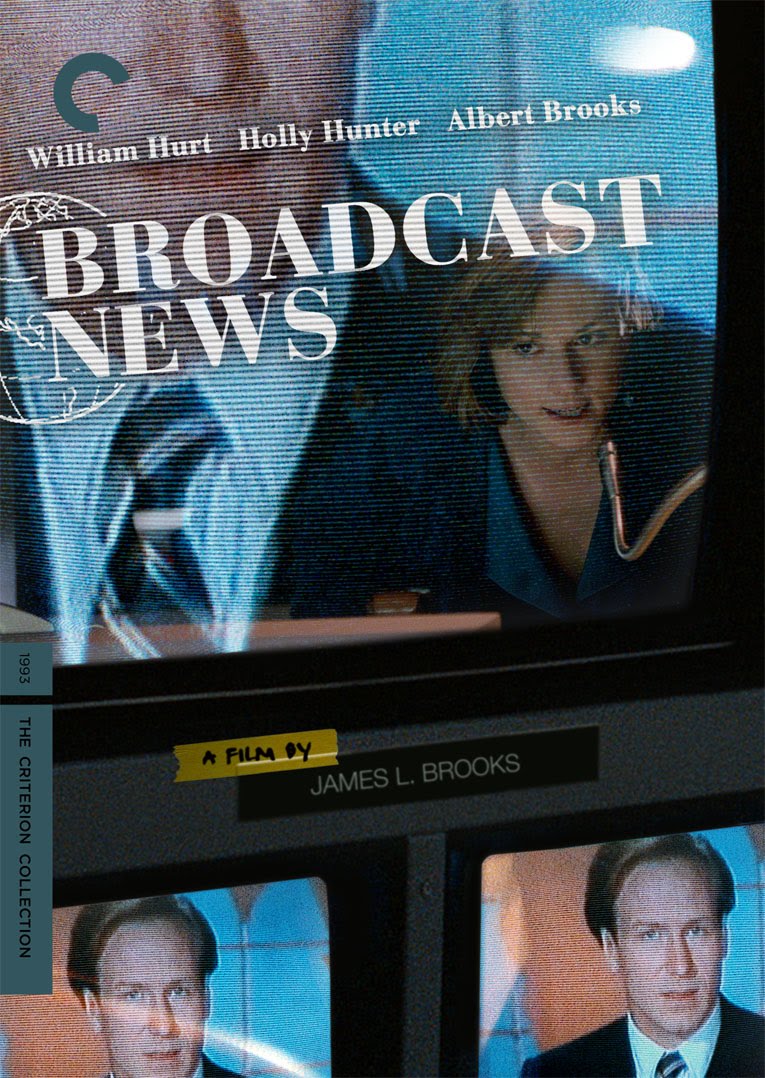 (HBO MAX/VOD) I watch BROADCAST NEWS about every five years, and every time my appreciation for it grows. I love how adults are posited more like immature teens, but still have to tackle serious issues like balancing their career and their personal desires; I love how the newsroom was brutally portrayed; I marvel at the unsure balancing of the love triangle; Jane Craig’s character is still a breath of fresh air, and how Holly Hunter absolutely nails her very distinct blend of determination, confidence, and anxiety; oh, how stellar the camerawork is, and the exactly attention paid to each edit.

My most recent viewing was by far the most special. Not only did I nab tickets to see it at TCM Fest 2017 so I finally managed to see it on a big screen — and with a bigger audience than my traditional audience of one — not only did Ben Mankiewicz lead a discussion with director James L. Brooks about the film, but co-star Albert Brooks was the surprise guest! Given how reluctant Brooks is to join in anything that comes close to an interview event, I was stunned to see him join James L. Brooks on stage, and I couldn’t have been happier to see -and- hear these two giants of dramatic and romantic comedy discuss this magnificent work.

I’d like to recommend Caroline Seide’s relatively recent article on BROADCAST NEWS — it’s part of her AV Club series ‘When Romance Met Comedy’ — as it’s a finely detailed examination as to why the film works so well, why it resonated then, and why it still holds up.