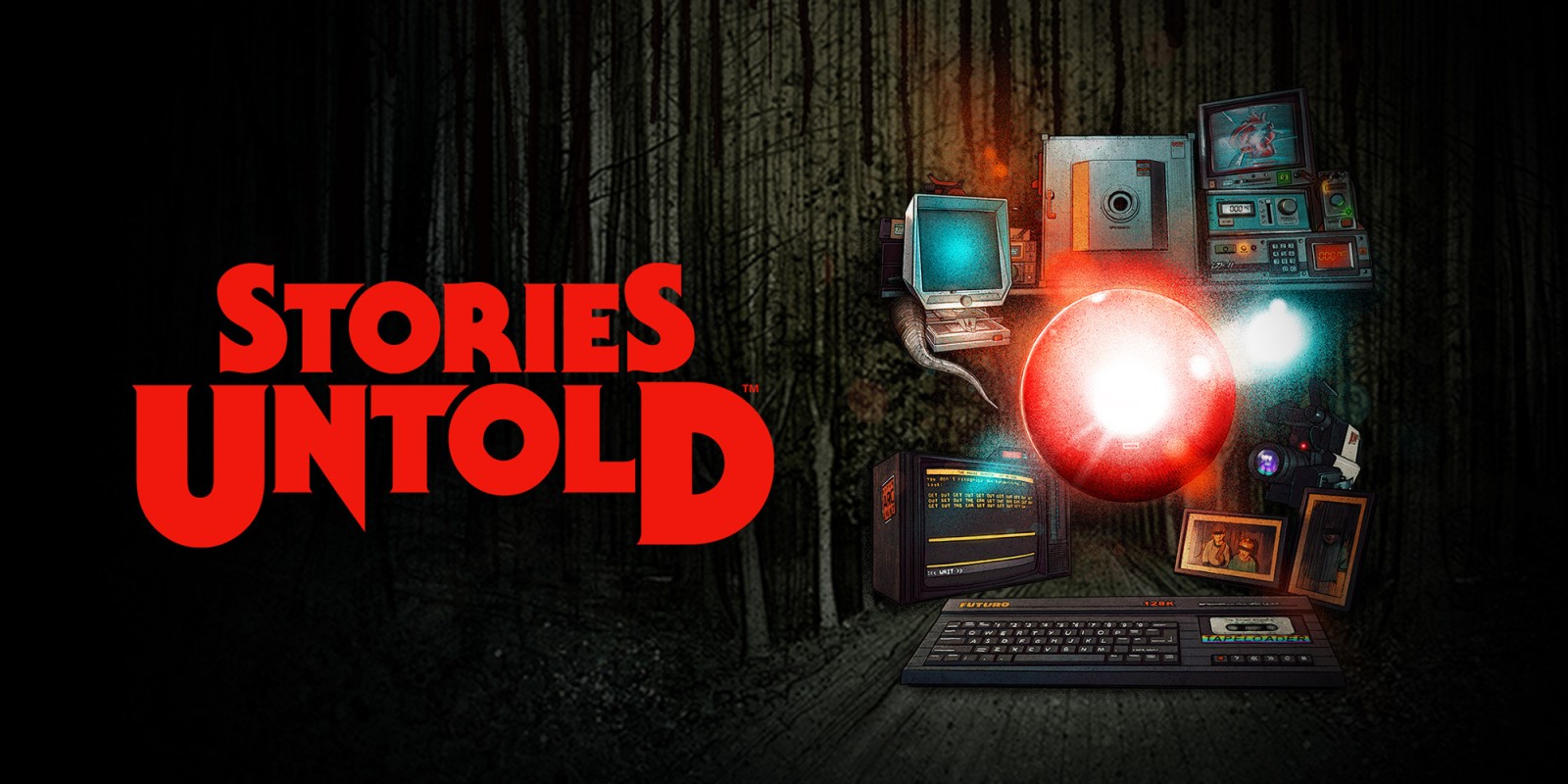 (PC/PS4/PS5/Switch/Xbox One) Yesterday it was just announced that OBSERVATION developer No Code has quietly been working on a SILENT HILL game entitled SILENT HILL: TOWNFALL and, based on their prior psychological horror game STORIES UNTOLD, I’m delighted by the news and can’t wait to play it.

STORIES UNTOLD started off as a one-off short horror game called THE HOUSE ABANDON that took place in one room, in front of an old-school 80s computer where you’d interact with a text adventure (although the player does so via a LucasArt-ish SCUMM interface — in other words: a visually selectable number of verbs and nouns — instead of having to manually type commands in). It then grew to be a collection of four self-described episodes, all four (mostly) utilizing the similar single room tableau, but also incorporates interactive puzzles that somehow don’t feel contrived or shoehorned into the setting, as well as some ‘walking simulator’ elements. (I do hate that term, but it’s concise.)

This game will not be for everyone. No Code loves to focus on interfaces. Unlike OBSERVATION, which you played primarily through future-ish surveillance and digital interfaces, STORIES UNTOLD features different ones for each episode: one being the previously mentioned text adventure, another heavily relying on a microfiche reader, and another leaning hard on analog buttons and dials. It’s all supremely inventive, although I would suggest that if you can do so, play it on PC — there is a macOS version but it won’t work with Catalina or above — as the PS4 port I played was occasionally very frustrating and fiddly: the text is often too small if you’re playing in a living room and one chapter — which initially required keyboard input — is downright frustrating thanks to the reduced ‘selective’ input interface required by a controller-first sensibility.

Narratively, the game is a scarring treasure. I don’t want to go into any detail, mostly because trying to describe its delights might rob you of some of them but, while it does utilize a lot of standard psychological horror tropes, the execution and tone make them feel fresh and well-integrated with some of the more higher concept story choices.

Additionally, thanks to No Code’s resourceful reliance on environments instead of character models, it’s a visually striking game, one that knows its limitations but uses them as strengths.

It’s a thinking person’s psychological horror game, one that leans on the past while creating something completely original. Based on STORIES UNTOLD, I can’t help but believe that their iteration on SILENT HILL will be the most interesting and compelling and original one in some time.