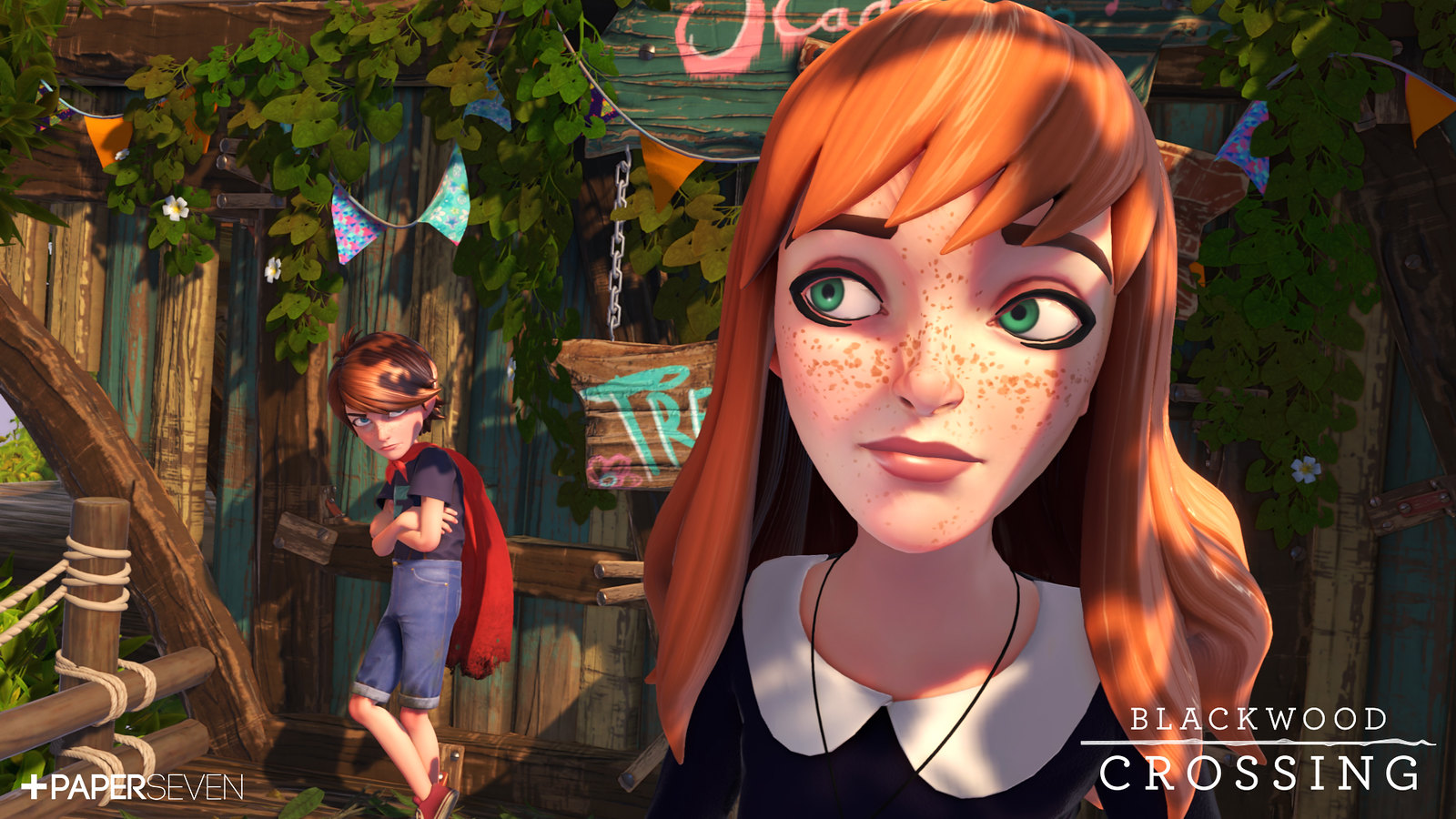 (PC/PS4/PS5/Xbox One) With first-person games, your initial focus is almost always immediately pulled to the protagonist’s hands. If you’re lucky, you’ll see some kind of expressive movement, but normally it’s just two fists, slightly heaving up-and-down, the right hand often brandishing a gun. DOOM and METROID PRIME are some of the rare exceptions — DOOM guy’s avatar acting as a cocky health gauge and METROID PRIME reflecting Samus’ face in her visor from time to time. It’s worth noting that both protagonists are known for their silence.

BLACKWOOD CROSSING opens by drawing your attention to two small hands with chipped black fingernail polish and no gun, and that’s how you build character without saying a thing. Immediately, you know you’re playing as a young, plucky, punkish and self-motivated orphaned girl looking after her little brother.

BLACKWOOD CROSSING is ostensibly a first-person adventure game, which is to say it mostly consists of exploration with some light puzzles. It’s narrative-forward and heavily imbued with magical realism — it’s a story about a brother and sister and loss and trauma and coping. It’s an affective tale, one that doesn’t overplay its hand and perfect for playing on a lazy day if you’re longing for something a bit more engaging than an arty film.

I’ll note that it’s not a perfect game; hotspots are maddeningly finicky and some of the clues are frustratingly opaque — and I did encounter one game-breaking bug — but the journey is worth the pits and stops you may encounter along the way.

It’s also worth nothing that BLACKWOOD CROSSING leans on two tropes that I find exceptionally overused in video games: ALICE IN WONDERLAND riffs and butterfly imagery. However, in this case, they’re handled with a deft touch, as opposed to ‘look how clever I am’.

Lastly, I can’t help but think that this riffs on Shirley Jackson, whose novel WE HAVE ALWAYS LIVED IN THE CASTLE is also about orphans also housed under the name Blackwood.