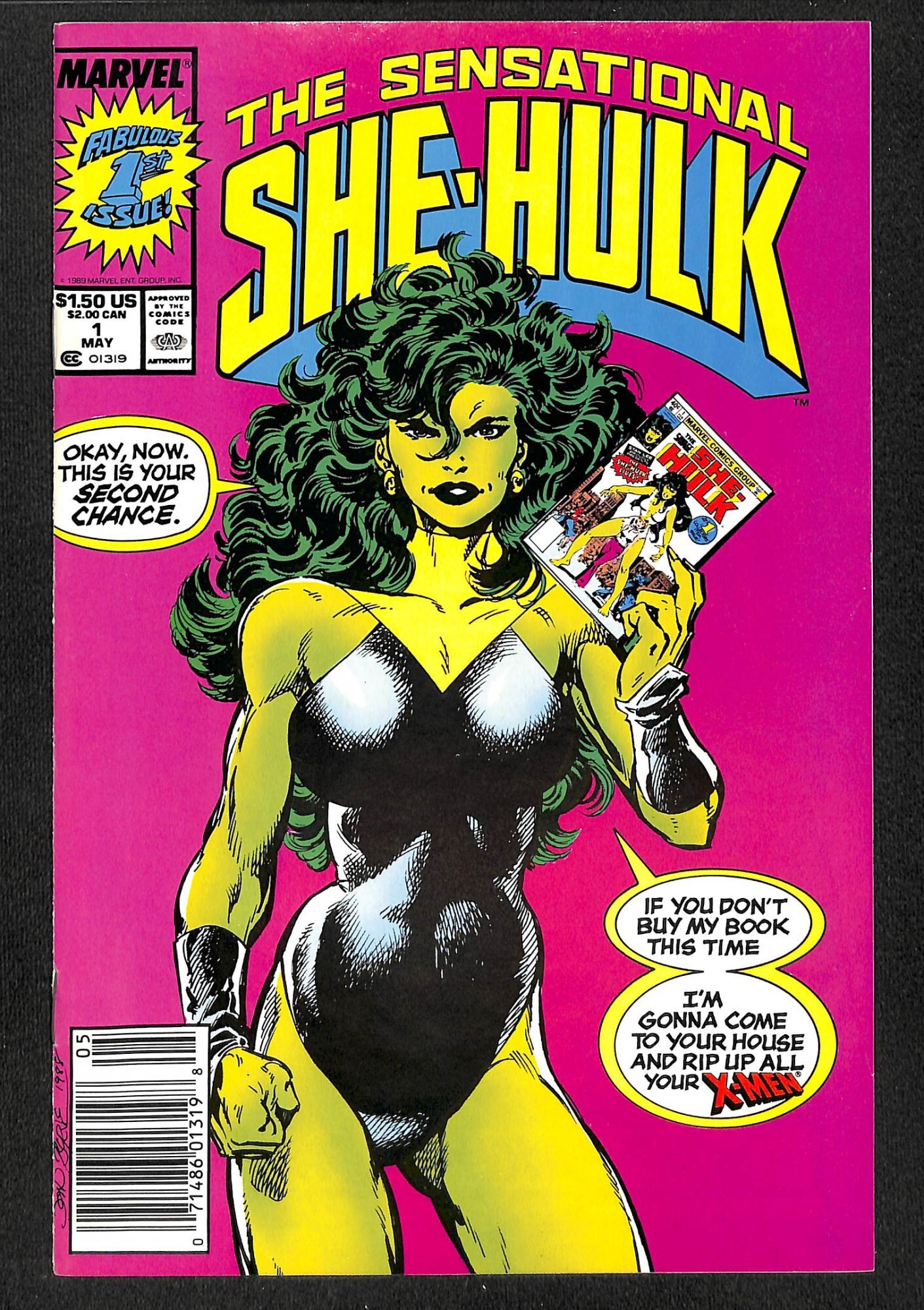 (Disney+) John Byrne’s SHE-HULK run absolutely blew my mind when it was initially published, and was particularly formative for me. It was one of those rare times where you encounter a work that opens your eyes, that makes you say: “Wait, you can do that?” It was unlike any Marvel comic I’d previously read; it focused more on Jen reconciling her personas and how she presented herself to the world, and repeatedly broke the fourth wall in smart, funny, sexy ways. There’s one moment early on in his run where She-Hulk literally tears through the page and traverses through a comic book buyer guide, and it was littered with in-jokes which still feels fresh even today (even if most young comic book readers wouldn’t know what a comic book buyer guide is).

My main qualm with most Marvel film/TV works is: it feels like they’re trying to re-invent the wheel, instead of working off and improving on prior narrative formats. With the exception of THOR: RAGNAROCK, they all feel extraordinarily clumsy to me, even WANDAVISION, an extended meta-riff on the history of TV that -should- know how to handle TV tropes, often felt like folks writing off of Cliffnotes.

SHE-HULK: ATTORNEY AT LAW feels like Marvel’s stab at ALLY MCBEAL. That’s not a complaint at all, as ALLY MCBEAL doesn’t get enough credit for being a 90s version of THE MARY TYLER MOORE SHOW and, you know what? We don’t have enough of those shows. It’s fun, quippy, but also often confronts the issue of being a single woman navigating a male-centric workplace, and nothing has changed.

So, while I do gripe a bit to myself about Disney+’s SHE-HULK: ATTORNEY AT LAW not being as much fun as it could be, not as inventive as it could be — after all, I doubt we’ll get a scene where she bursts through the Disney+ interface — I do sincerely love it. Every Wednesday I wish it were Thursday because I could really use the lift it provides halfway through my week. Do I wish they had dispensed with the CGI and just put Tatiana Maslany in green and lifts, because she can do anything? Yes, yes I do, and the CGI is distracting, and also: she could have retained her curls, because She-Hulk is unbridled. However, I will take what I can get, because it’s a thoughtful and comedic take on a somewhat horrific turn in life, and we need more of that in our cultural diet.