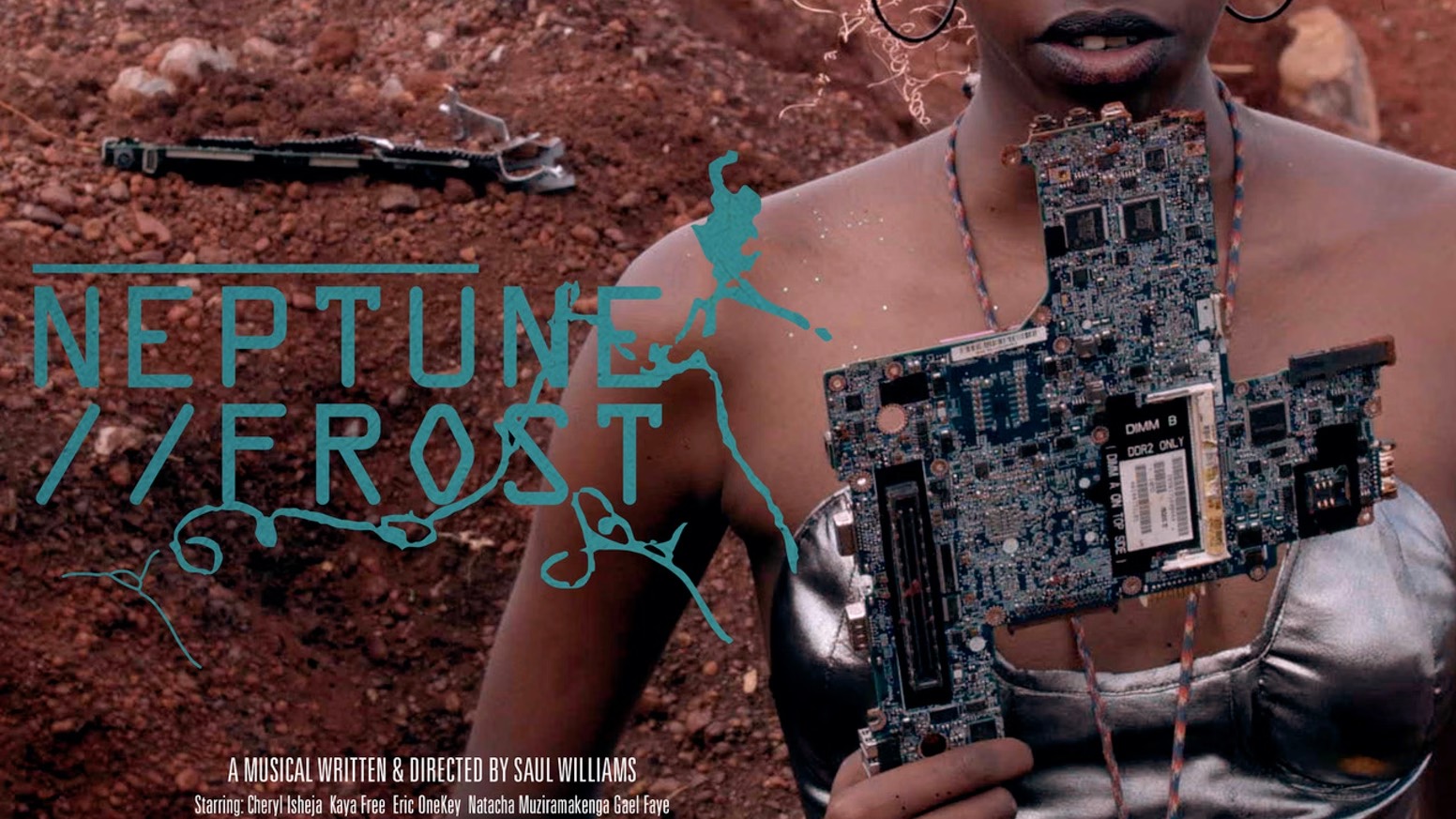 (Theaters/VOD soon) In this age of cheap film production values, of 4K cameras in every pocket, toaster box CGI readily-available, it’s odd that truly out-spoken, revolutionary DIY works seem to be less visible now than they were during the 90s, when you only had shitty digital cameras or bought the unused 16mm heads or tails from local TV shoots.

This is only one of a number of reasons why Saul Williams and Anisia Uzeyman’s NEPTUNE FROST is such a welcome and radical musical, one that embraces a lo-fi, DIY ethic, while still shooting for the stars, for having a globally disruptive message and still being absolutely wildly engaging.

Part-fairy tale, part-post-industrial capitalist nightmare, NEPTUNE FROST sings a number of songs of specially anointed individuals that find each other and then work to upturn the world through their technical abilities. NEPTUNE FROST is one of the most vibrant, most effective posterworks to extoll what can be accomplished by a lo-fi look: the film mostly eschews CGI — apart from some CG-centric motion and interface design late in the film — opting instead for some radical costume design, glowing make-up, black lights, and dumpster diving for CRT monitors, raw electronics, and tactile keyboard pieces.

The physicality of the disparate look of the revolutionaries sets NEPTUNE FROST apart in ways that so many other films would falter. This is a film that should be spoken alongside of REPO MAN, of TETSUO: THE IRON MAN, and other lo-fi class-centric punk films. It is an effective call to arms, one that I hope finds its audience.

If you do get a chance to see it in theaters, please do so: the soundtrack is astounding, and you will want to feel it surround you.