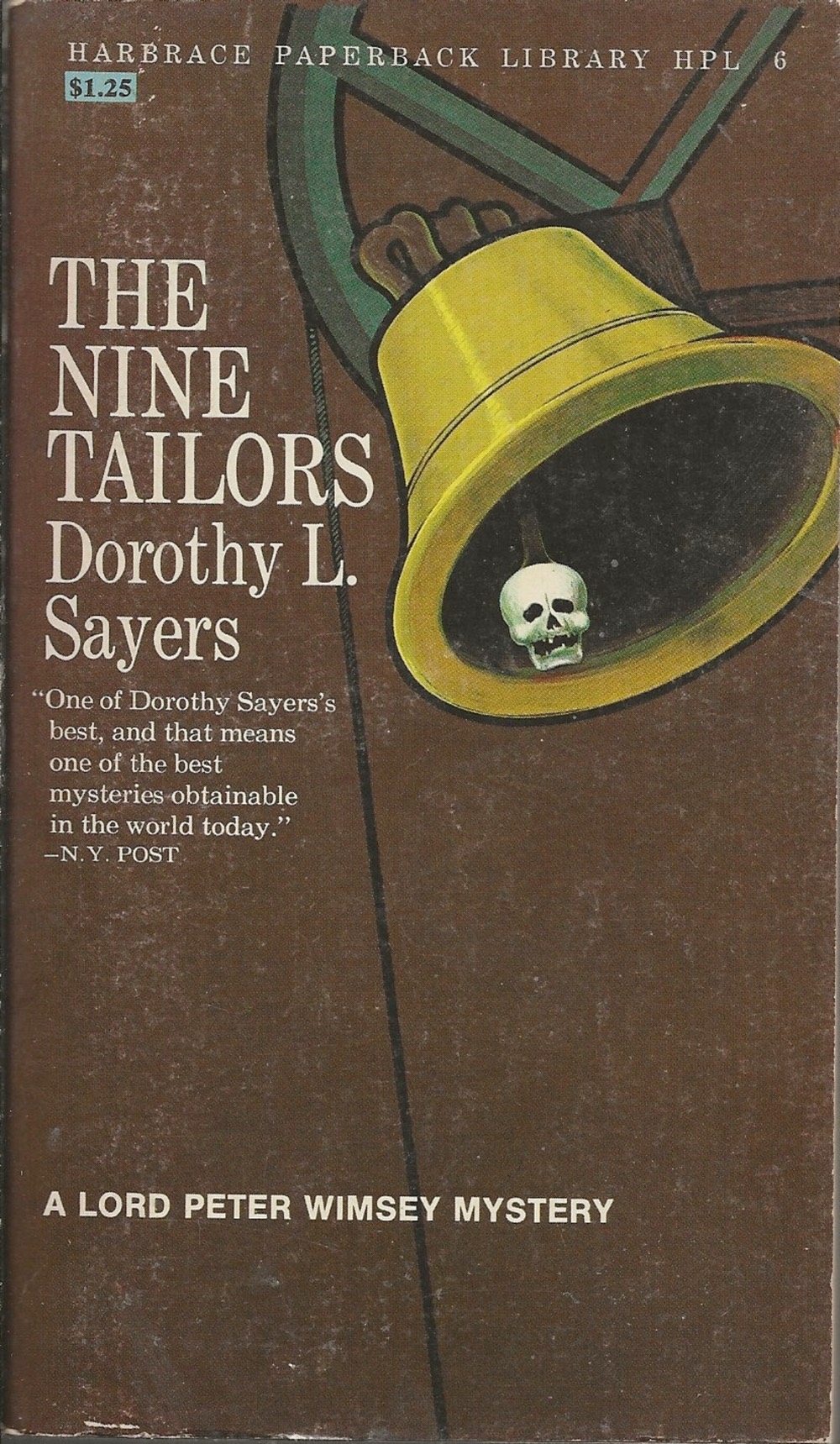 The moment I realized Dorothy L. Sayers’ THE NINE TAILORS was a special sort of murder mystery novel was when I encountered one passage and thought: “Wow, she’s really leaning hard on the details of this old church’s bells.” Ten pages later: “Cripes, I never knew that I wanted to know this much about bell-ringing!”

Sayers is best-known for her murder mysteries, specifically her Lord Peter Wimsey mysteries, featuring a rich, compassionate, gregarious but astute man who often finds himself surrounded by death. GAUDY NIGHT (the tenth Wimsey story, published in 1935, one a year after THE NINE TAILORS) is perhaps her best-known, but sadly, nowadays unless you’re attending an Edgar Awards afterparty, you’re probably unlikely to hear her name or accidentally stumble over a visual adaptation of any of her novels.

This is a shame — and something The Dorothy L. Sayers Society is trying to rectify — because, as THE NINE TAILORS exemplifies, she’s exceptional at weaving a engaging world, one dense with intriguing and idiosyncratic individuals, where actions are richly detailed, and each work is ornately penned to soothe even the most high-minded snob. In her hands, the murder contained in THE NINE TAILORS almost fades away as we’re drawn into this small town and its denizens.

In other words: THE NINE TAILORS is the complete package. It’s thrilling, it has depth, it goes unfathomably deep into the world of bell-ringing in ways that manage to be highly entertaining, and it sticks the landing in an amazingly satisfying way. It’s an absolute classic, one that should certainly not be overlooked by any mystery fan.