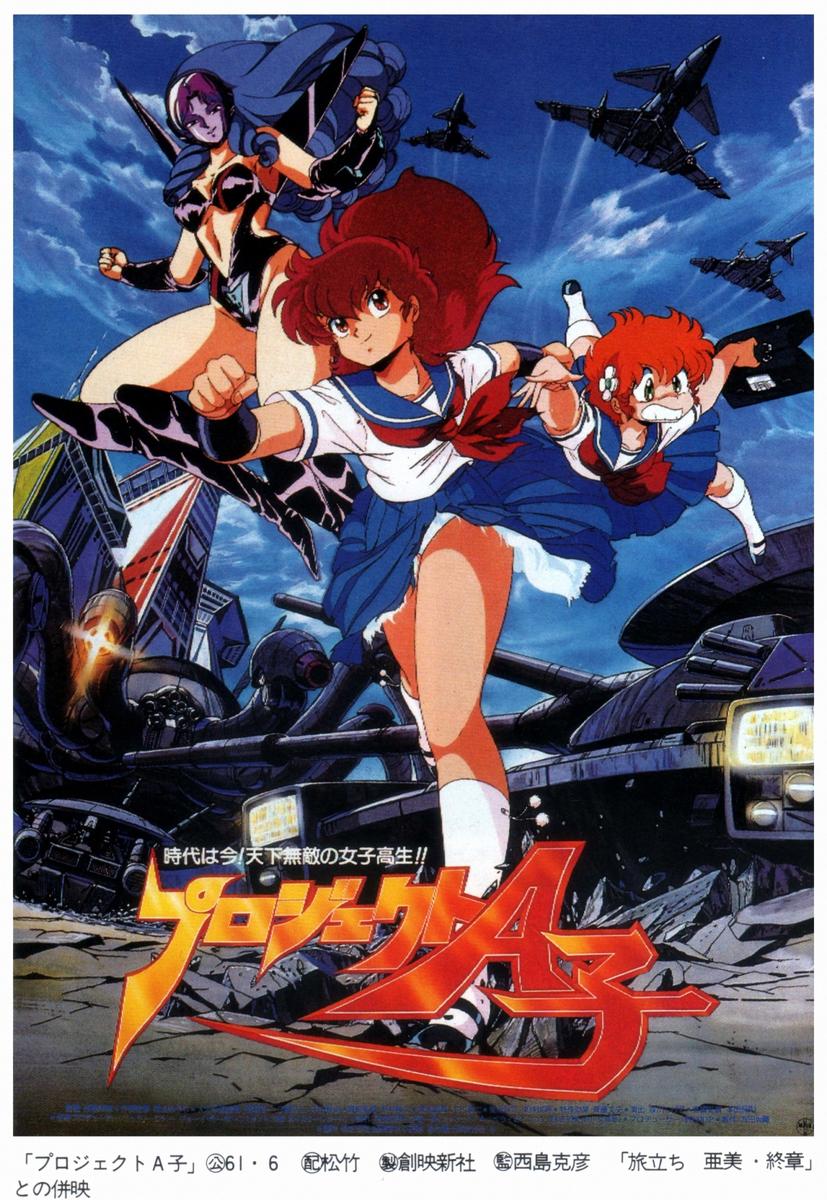 (Blu-Ray/Roku/tubi) As one might suspect, I was a gigantic nerd in my youth, enough of one that I was part of a group in high-school that would pool our lunch money to order LaserDiscs of late 80s anime and we’d then, err, find ways to ‘happen upon’ ways to duplicate copies for all involved. Let me tell you: bootlegging works were far more difficult, but far more enthralling, back then.

Apart from the soundtrack occasionally popping up in my playlists over the years, I’d mostly forgotten about PROJECT A-KO (despite still having a proper VHS copy of it)! At least, until this post popped up in my feeds.

The immediate flashback this post induced was: “oh, now that I think about it, this anime wasn’t just fan-service, it was super gay.” And, yup:

I forgot how funny, how comic, PROJECT A-KO was, even though I know I didn’t get the bulk of the in-jokes and parodies and references back-in-the-day, and probably still don’t. However, it features a ton of hilariously universal kinetic physical comedic moments, while still often feeling grounded despite, you know, someone using numerous missiles as stepping stones during combat. Additionally, while the characters do a lot of punching, there’s not much in the way of punching down. Everyone here is flawed and messy and definitely either queer or over-protective found family, and you’re meant to identify with their flaws, rather than scorn them.

I rarely recommend any YouTube film-centric commentary video that runs for over an hour because I often don’t have the patience for watching them, but I highly recommend the one linked in the MeFi post above. I learned a lot, and it brought back a lot of memories.

Lastly, the OST is well-worth your time. Spaceship in the Dark is still a banger with all of its orchestral hits.