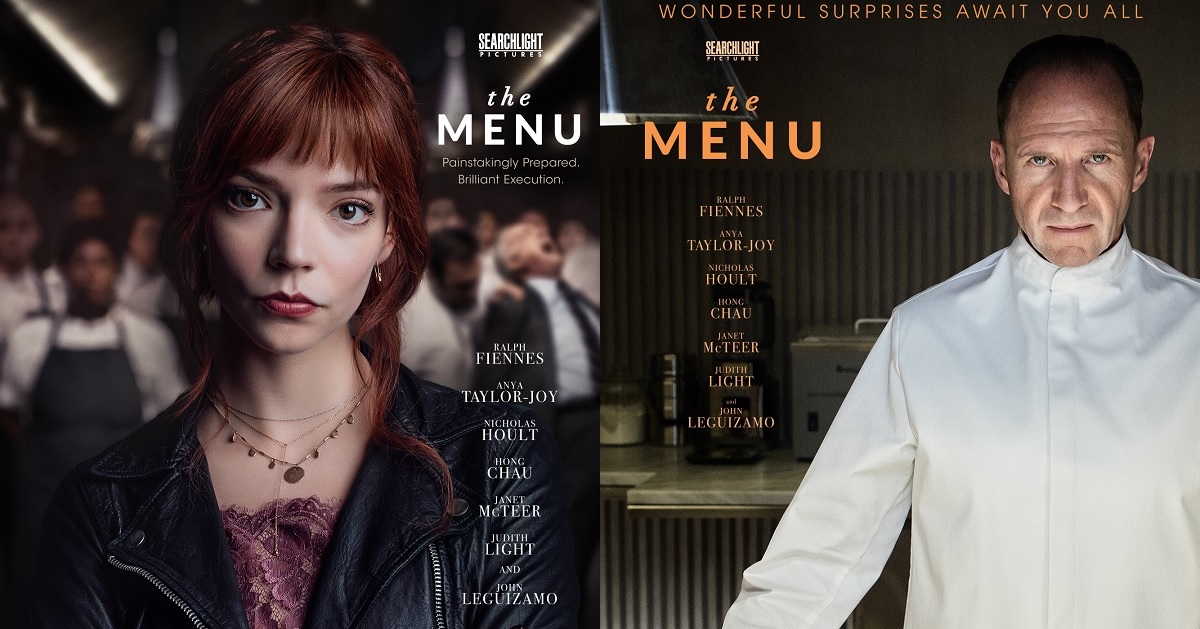 There’s an old adage that one should work a service industry job, just for the experience, just to know what it’s like to have to perform a job that you will not be acknowledged for, one in which you will be treated like dirt. I didn’t do so for the experience — I needed the money and worked as a dishwasher and then was promoted to a line cook. (Then I was fired and re-hired because my bosses discovered out that I found out how much my fellow employees were making. I honestly didn’t care, because they had far more experience than I did, and I don’t value my self-worth because I’m dumb, and basically groveled to reclaim my place and retained it until I moved. But that’s another tale.)

So it’s nice to see THE MENU call this shit out, when instead they could have absolutely ignored it and penned a basic classist slasher-thriller. Instead, it’s a supremely smart and thoughtful dramatic thriller about the entire operation of feeding people, especially rich people, and fulfilling expectations while also fundamentally undermining them, but also undergoing a certain type of self-examination.

I’ll note that, yes, while I grew up in blue-collar joints and learned how to perfectly cook a cheeseburger to someone’s needs, I have indulged in dining in the exact restaurants that THE MENU riffs on such as Alinea. I’ll note that it is hard to overstate the impact of Alinea, especially in a frequently overlooked culinary city like my residing city of Chicago. (We’re more than deep-dish pizza, you know.)

This will age me, but my wife took me to Alinea for my thirtieth birthday. I’d been salivating over them before they even opened, as I’d been following the progress of the restaurant via the eGullet forum, despite not really being a foodie, and definitely not being a restaurant-scene chaser. It looked absolutely radical.

I felt like a schmuck because I was still kind of young and barely knew how to dress myself for the surprise occasion. No, we did not have the fabled dessert because it wasn’t part of the menu at that time. At that time, they were known more for a table-centric chocolate bomb, which was just as delightful/terrifying.

I do not say this to brag. I do not like to pretend that I’m above my station. I am not a member of the hoi polli. (To quote Groucho Marx: “I don’t want to belong to any club that would have me as a member.”) I proposed to my wife over fried chicken, if that tells you anything. (Granted, it wasn’t KFC, but Harold’s Fried Chicken — some of the best goddamn fried chicken in the world, however, you routinely have to order it through bulletproof-glass.)

THE MENU sees all of this, and sees the possible pretension and artifice and demon-mongering that can go into it, and it explores it. I commend it for that, because certainly, there are plenty of terrible restaurants out there that prey on it, on giving pretentious service that can fail to fulfill it’s promise. (Alinea’s rotating sidecar restaurant — NEXT — has done that more than a few times for us, but has also been absolutely amazing at times. I can’t forget the pressed duck that we had at our first endeavor — their recreation of a Parisian menu from 1906 — and then they walked us through the kitchen to show how it was made which, well, it made it more miraculous.)

Long story short: restaurants are complicated creatures. Unlike films, no one ventures to one for the fun of a ‘bad time’ but THE MENU twists all of that around. I can’t say it didn’t leave a bad taste in my mouth — it certainly did — but it’s certainly a film that provides food for thought.

It’s worth noting that one of my favorite films of all-time is Peter Greenaway’s THE COOK, THE THIEF, HIS WIFE AND HER LOVER. You might think that it and THE MENU are different sides of the same coin, but really, apart from taking place in a restaurant and extolling haute cuisine, they are worlds apart. THE COOK… is far more mannered and political and British, whereas THE MENU is far more American in every which way.