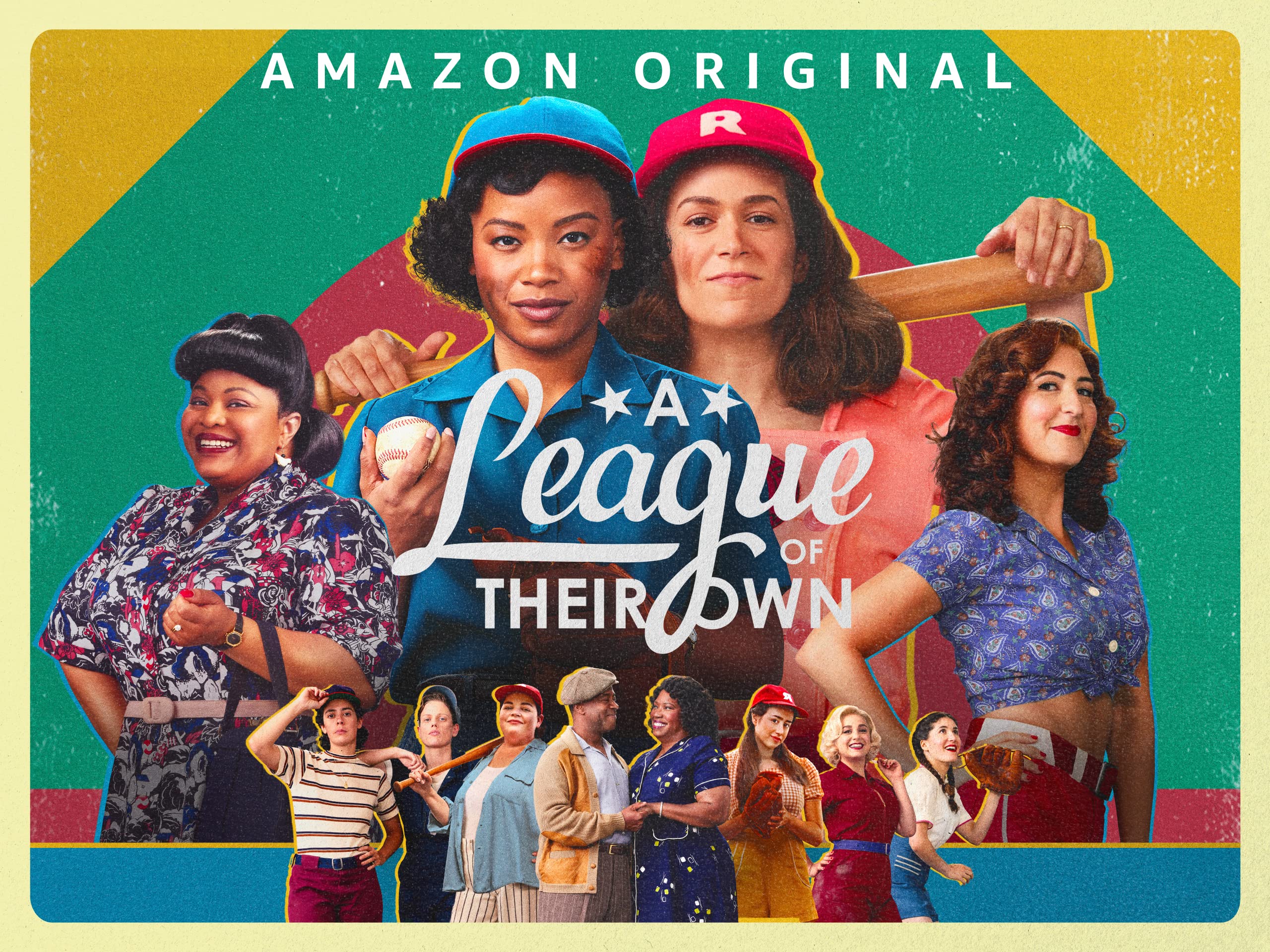 (Prime) As a youth I loved baseball. I loved the rules, the rigidity, the anything-can-happen pacing, but most of all I loved the underdogs. I’m not going to say I moved to Chicago — within spitting distance of Wrigley Field much less — because of the Cubs, but it didn’t hurt.

When I first played Little League baseball I was always tucked away in right field until one friend’s father saw something in my arm, then moved me to shortstop, then tried me as pitcher.

Reader: I sucked. And after every loss, I’d weep. Hell, I’d cry whenever I struck out, which was often because I was so nervous at performing in this sport I loved. So, yeah, while I realize Penny Marshall’s A LEAGUE OF THEIR OWN is singularly about ostracized and misfit women to literally fill the void of men, I nonetheless identify with it.

Abbi Jacobson’s & Will Graham’s A LEAGUE OF THEIR OWN repositions the narrative as a queer coming-of-age tale instead of one of self-actualization. That may sound like I’m splitting hairs, but the film was boosterism and the show is not. The show is a journey of people finding themselves, and discovering a world beyond them apart from baseball. Yes, only one character in the show is a teenager — and seventeen at that — but it’s the 1940s and a good number of these characters lived a pretty sheltered, demonstrative and fake life until they found the impetus to put themselves out there.

While the Rockwell Peaches act more as a found family, it’s the activities that occur on the fringes that really makes the show interesting. Front-and-center is the team’s catcher Carson (Abbi Jacobson, BROAD CITY) who falls in love with teammate Greta (D’Arcy Carden, a.k.a THE GOOD PLACE’s Janet), but there’s also aspiring pitcher Max (Chanté Adams, BAD HAIR) and both are finding and navigating their queerness on-the-side.

I’ve seen a lot of shows and films that try to portray that vibe and often it feels too heightened, not heightened enough, or downright disingenuous. However, A LEAGUE OF THEIR OWN — thanks to the time and patience they take with the characters — unfurls slowly in ways that felt rather singularly to my youth. There’s an enlightened bewilderment portrayed by the show — the wonder that people can live these sort of misfit lives — that was absolutely eye-opening when I was a young teen goth. There’s one scene in a later episode when Carson follows someone to a club and, when she realizes that she’s in a queer underground club, you can see in her face just how life-changing it is for her.

Unlike other club depictions in media, this club is surprisingly quiet and chill (and also headed by Rosie O’Donnell) and it feels warm and safe (until it isn’t). While I’m not the club kid I used to be, I’ve lived in predominantly queer neighborhoods for most of my life, and when you know who you want to be surrounded by, you know, and that’s what this show is all about — both on the team and off of the field.

Given that Amazon sat on this show for so long gives me doubts it’ll receive a second season, and I’m not even sure it’s terribly sustainable unless they jump ahead in time — someone please pitch that! — but the first season is an exceptional love letter to Marshall’s film and also to all of the weirdos and misfits out there that reach out, that try to forge bonds and communities at great risk.

It’s about rewiring cultural attitudes and figuring out what’s best for yourself when you’re actively able to make said decisions.