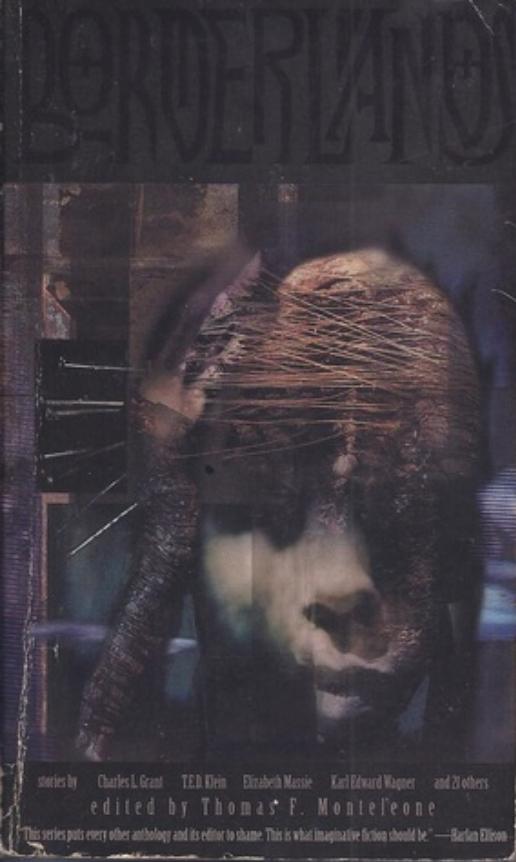 BORDERLANDS has been a long-running horror short-story anthology, one started in 1990 by editor Thomas F. Monteleone. While it’s still going in digital format, I’ll be discussing the volumes released in the 90s. Released by White Wolf Publishing — if you were a nerd in the 90s, you’ll recognize them as pioneers in revitalizing role-playing games — Thomas F. Monteleone assembled four tomes of scary and imaginative tales from some of the best genre writers: Harlan Ellison, Poppy Z. Brite, T.E.D. Klein, Peter Straub, Kathe Koja, Whitley Strieber, and so many more.

For a long time, I only owned two volumes, but I read the others via my friend Chris — who introduced me to the series — and I repeatedly re-read them, especially around October. One story that stands out in particular is F. Paul Wilson’s FOET, of which I’ll let you speculate about given its loaded title, but it has stuck with me since I’ve ever read it; it was a horribly brilliant breath of fetid air that let me know immediately what I was in for with this anthology.

It’s a fantastic collection to take in at your own leisure, and all four volumes featured Dave McKean’s unique collage work as their cover art. I believe there are later reprints that lack the cover, so if you’re ordering used copies online and dead set on those covers, make sure they’re the White Wolf editions. Otherwise, there are newer editions that — while they don’t feature McKean’s covers — reprint the original stories, and the volumes from five and up are all completely new.

Traditionally I eschew direct Amazon links, but it seems to be the way the reprints and new volumes are being distributed: