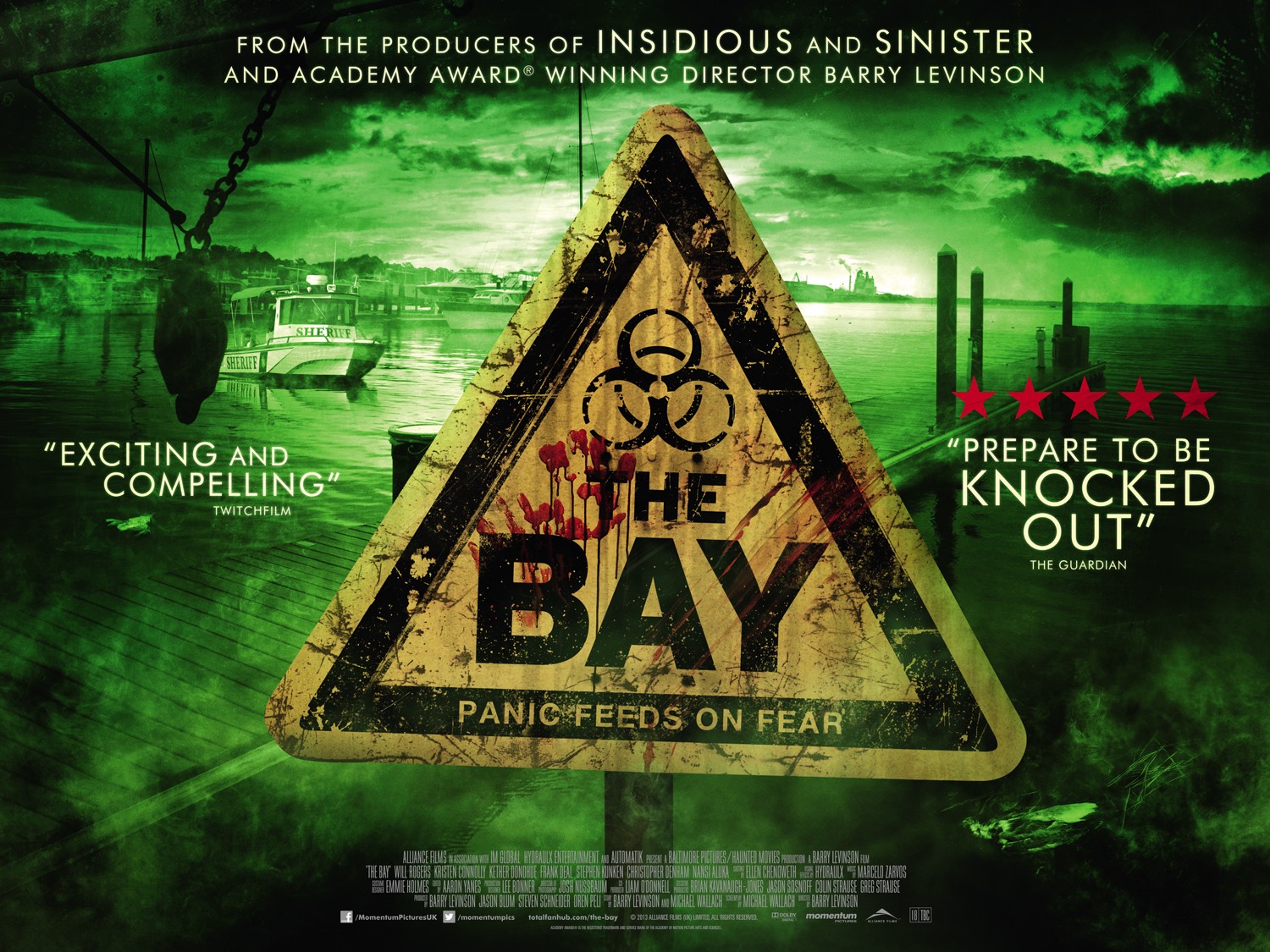 (VOD) A found-footage horror film might not be the type of project you would expect from the director of THE NATURAL, DINER, GOOD MORNING VIETNAM, and RAIN MAN, but Barry Levinson’s always been game for tackling genre films. The most blatant example is the box office sci-fi bomb SPHERE, but also the thriller DISCLOSURE as well as ENVY, a comedy that features Jack Black as the inventor of a spray that dissolves dog shit.

Clearly some of his genre offerings have been misfires, but THE BAY is not one of them. It’s an inventive and taut take on the genre which is an accomplishment that even some seasoned horror directors have failed at.

The premise is simple: a water-based parasite is mutating and killing whatever they can wriggle into, including humans. The story is told via a pastiche of media footage, cell phone video and surveillance cameras, resulting in a satisfyingly gruesome flick.