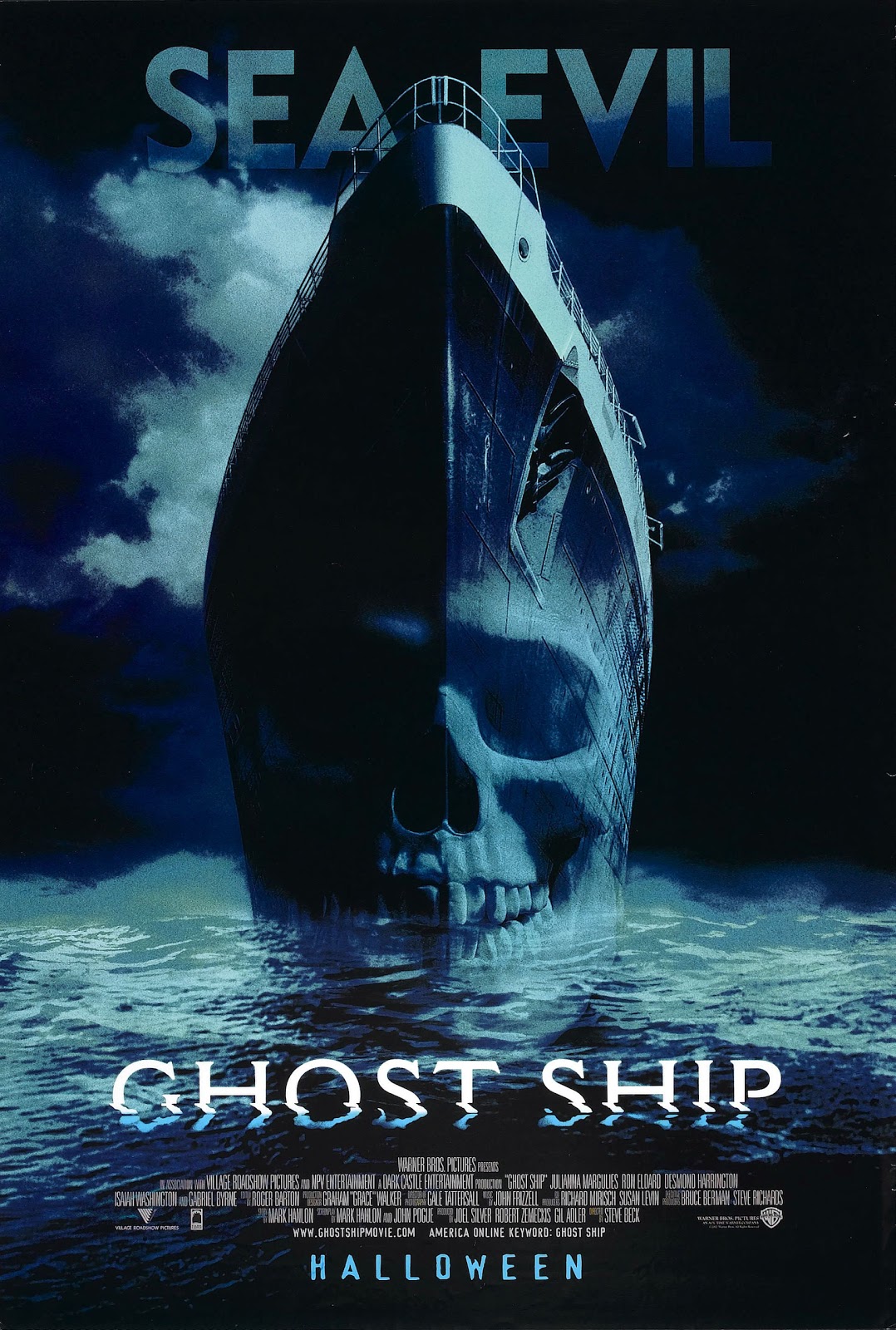 (Cinemax/VOD) GHOST SHIP is a mostly forgotten film, partially because once you get past the opening it’s very much a stock haunted house movie except set on a stylish 1960s cruise liner.

However, the opening sequence is absolutely worth the price of admission and, despite the fact that I haven’t seen the film in years and years, I still remember it fondly. The scene lasts under five minutes, has the barest of dialogue, but it leaves a lasting impression. Once you know that Steve Beck — mostly known for visual effects for water-based features like THE ABYSS and THE HUNT FOR RED OCTOBER — directed it you realize why he was drawn to this for his follow-up to THIR13EN GHOSTS.

It also features a quality cast, including Karl Urban, Gabriel Byrne, Julianna Margulies, and a very young Emily Browning (GOD HELP THE GIRL’s -Musician Please Take Heed-). Is it an essential work of horror? No, but it’s a lot of fun.