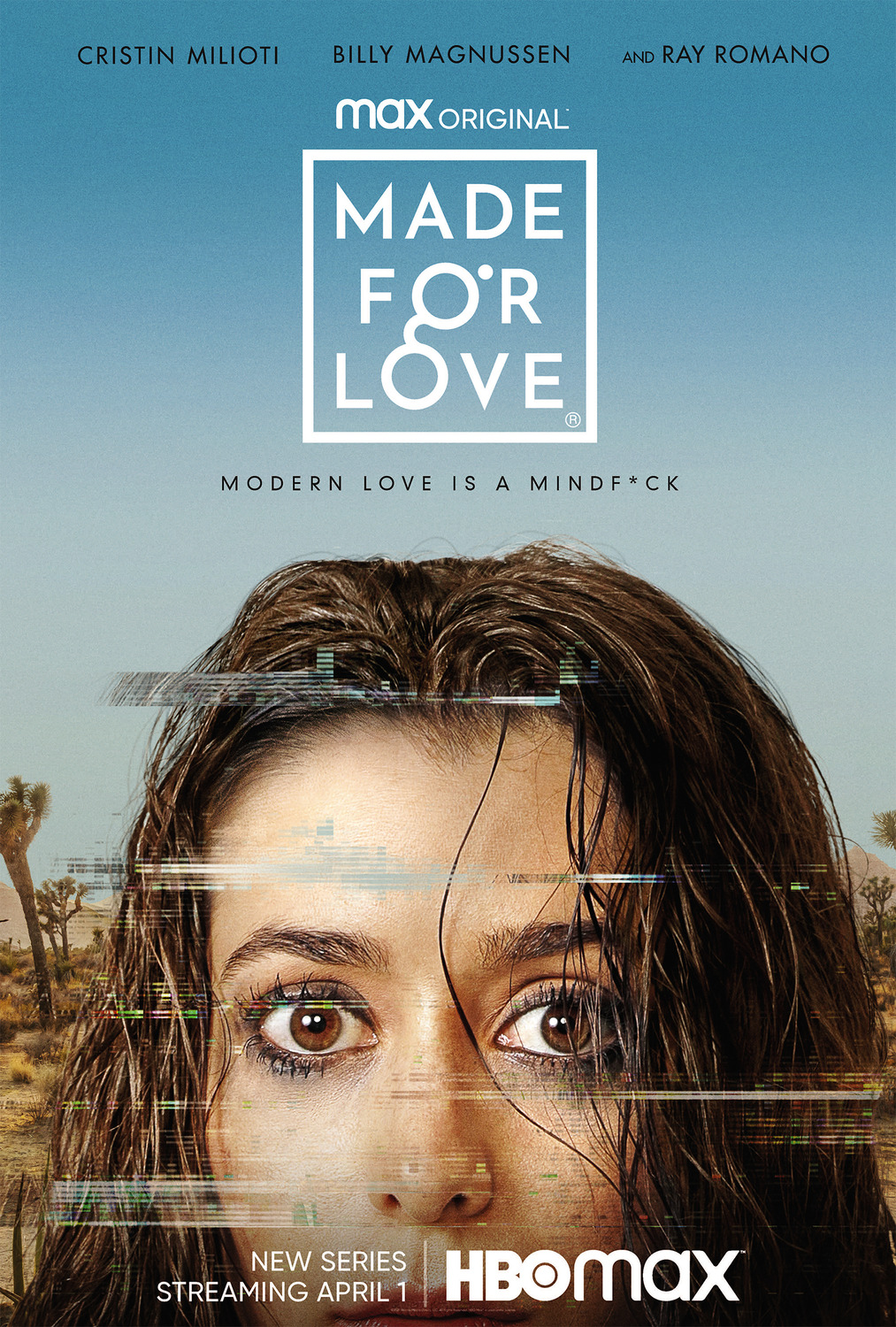 (HBOMAX) MADE FOR LOVE is not exactly the most enticing premise for a television series, despite the fact that Alissa Nutting’s novel that the show is based on was very well-received. (It is worth noting that Alissa Nutting is credited with writing on the show as well.)

The show is about a smart-ass firecracker, Hazel Green (an amazing fictional name, played by the astoundingly elastic Cristin Milioti) who, while down on her luck, selling false raffle tickets for free smartphones to make ends meet, ends up marrying tech capitalist Byron Gogol* (played by the delightfully creepy Billy Magnussen, who was Marcus in one of my favorite episodes of TV ever: THE LEFTOVER’s ‘Guest’). Byron then moves Hazel into his home: the Hub, a hyper virtual reality workplace campus, a place where she has no agency, where she has to periodically log orgasm ratings in order to play the flight simulator video game she uses to numb herself to her situation.

Hazel finds herself loathing Byron and this technological purgatory, and she finally snaps when she discovers that Byron has been using her — without her consent — to develop ‘Made for Love’: implants that ‘co-mingle’ two beings, tethering two together so one can see and feel and experience what the other is feeling.

Hazel then runs, falling backwards to home, to her sadsack father (a delightful Ray Romano, whose dramatic skills have been vastly underrated) who — after the death of his wife/Hazel’s mom — has adopted a realdoll to replace his romantic and physical urges. Byron, being the controlling megalomaniac that he is, is completely unwilling to let her go, for both personal and capitalist reasons.

What follows is a thrilling and heartfelt and intelligent exploration of human desire, tech and surveillance culture, infatuation & the kept woman, and the masculine, blinkered approach to problem-solving emotional relationships. All of this is bolstered by pitch-perfect sound design, music supervision, cinematography, and production design; the Hub is so expertly handled — a modernist dystopia of tech and interior design; watch for how the show constantly throws visual barriers between Hazel and Byron, and how Byron’s often lathered in an icy blue; there’s one moment in the third episode where Hazel literally smells agency, then acts upon it; and the integration of the Gogol logo to also reflect handcuffs is a stroke of brilliance.

MADE FOR LOVE is a show flexing all of its muscles. It is in complete command of what it wants to convey and how it wants to convey it. I initially thought it was a limited series, but no, it ends on an open note, and the second season airs April 28th.