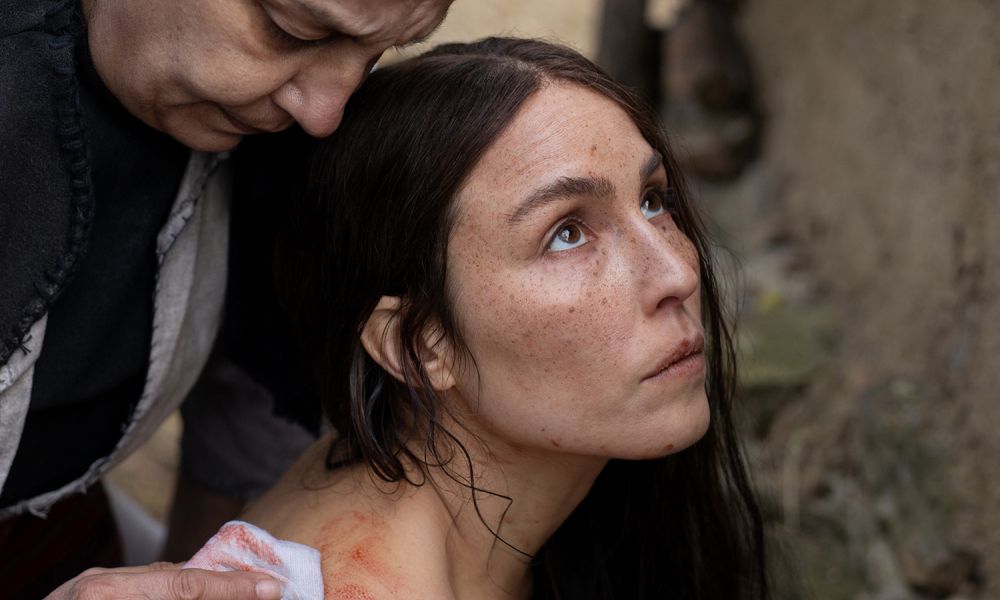 If forced to describe YOU WON’T BE ALONE, the first film from Goran Stolevski, in a simple log line, I’d say: it’s equal parts Truffaut’s THE WILD CHILD, Virginia Woolf’s novel ORLANDO and Sally Potter’s film adaptation, and Angela Carter’s THE BLOODY CHAMBER and Neil Jordan’s adaptation, THE COMPANY OF WOLVES. (Then again, every single one of those works were very formative for me, so I’m perhaps not the most reliable narrator for this write-up.)

While that may sound very specific, it doesn’t quite do YOU WON’T BE ALONE justice. Set in 19th century Macedenoia, it’s about a young girl promised to a wolf-eateress named Maria (a ruthlessly great Anamaria Marinca) — for all intents and purposes, a witch — by her mother to account for being set fire to at the hands of their community. Her mother then forces her daughter into an enclosed cave for the rest of her youth, in an attempt to prevent the witch from absconding with her and turning her into a wolf-eateress/witch.

Once the feral girl is grown, Maria kills the mother, takes on her disguise, and abducts Biliana (Alice Englert, who also appeared in THE POWER OF THE DOG), predictably changing her into a witch with the hopes that she’d be the daughter she never had.

What follows are a number of physical transformations, of Biliana exploring her humanity but in a rather flailing way, and often being disappointed by the results, all portrayed by depictions of fundamental elementals; hair, water, fire, earth, blood and skin.

It’s a bewildering work, one far more sensitive than I thought it’d be, with a wildly roaming camera that knows how to sit still when necessary. It’s visually astounding while also being quietly desperate; a stunningly heartfelt first film.