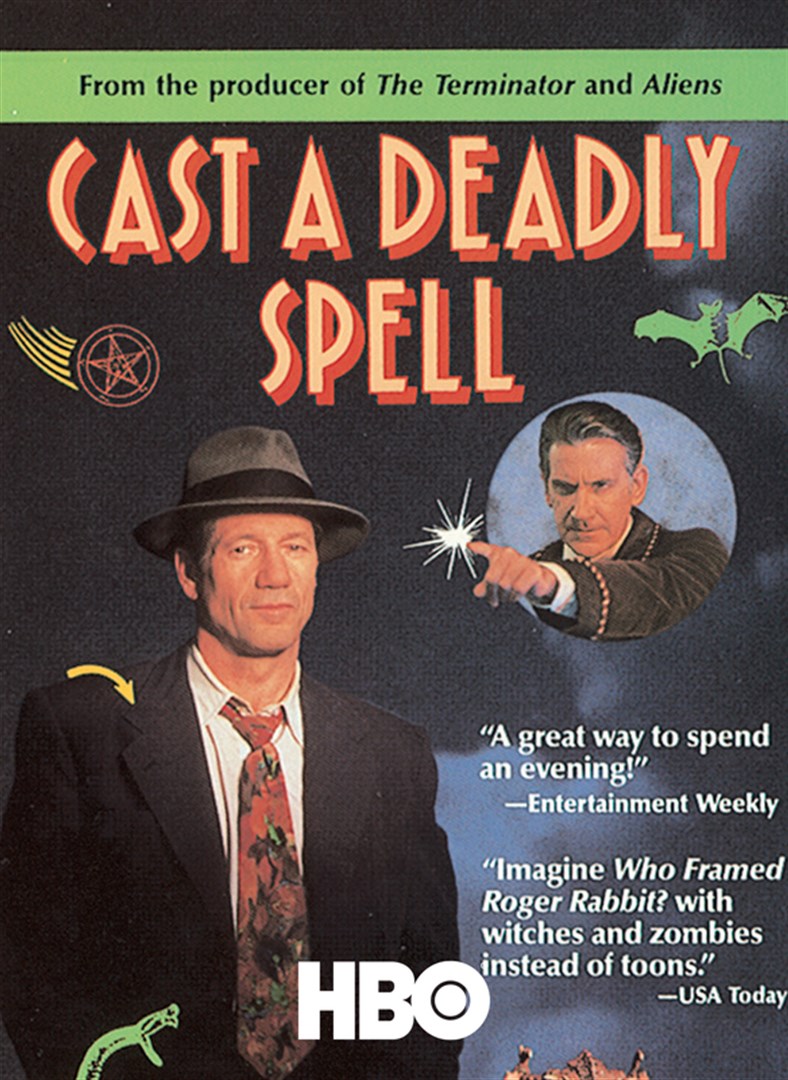 (HBO MAX/YouTube) There was a weird time during the late 80s/early 90s in which studios were keen on peculiar supernatural/weird neo-noir films (see: ANGEL HEART (1987), WHO FRAMED ROGER RABBIT? (1988), DOG CITY (1989), etc.), which apparently resulted in this strange, surprisingly expensive, made-for-HBO TV film that merges the two. It’s an extraordinarily exacting love letter to those who love strange fiction and noir — the lead is named H. Phillip Lovecraft, blood occasionally rains from the skies, TWILIGHT ZONE-ish gremlins clog car engines, and magic is everywhere.

The dialogue is whip-smart, the plotting intersects with all your favourite Chandler and Hammett novels, and the casting is (mostly) perfect, with Fred Ward as a fantastic Marlowe, and Julianne Moore as the quintessential noir woman of interest.

Honestly, I can’t believe I’ve never heard of this film before stumbling upon it while scanning HBO MAX’s recent additions. Speaking as someone who has penned my own Lovecraft/Hammett mashup and has the rejection letters to prove it, this film knocks it out of the park, and the fact that they did so in ’91 is to be applauded. Hell, even without the supernatural hokum, it’d still be an entertaining Chandler fanfic.

As you may expect from a 90’s Lovecraft mashup, it’s a pretty problematic film when it comes to race, but it also features some transphobia that I’m pretty sure writer Joseph Dougherty originally thought was very clever, but has aged very poorly.

Fun Fact: Apparently there’s a 50s-centric sequel, WITCH HUNT (1994) also penned by Joseph Dougherty, but directed by Paul Schrader, and stars Dennis Hopper. I have yet to hunt down a copy, but I’d appreciate it if anyone could lead me to one.